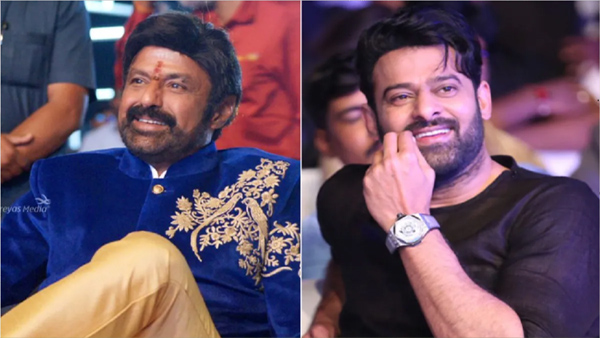 Nandamuri Balakrishna, who is having the best phase of his professional career, is going to hit the screens as Veera Simha Reddy for Sankranthi on January 12. The movie, which is directed by Gopichand Malineni, is a high-octane mass-action entertainer that aims at the fans of the Nandamuri family. The actor is going to shoot for his next film with director Anil Ravipudi on December 9.

The veteran actor went all out and experimented with the roles that he portrayed and the scripts he okayed, to stay relevant and entertain his fans. One of those decisions was to turn into a talk show host.

The latest news or update about his successful talk show Unstoppable With NBK 2 is that none other than the pan-India star, Darling Prabhas is going to appear as a guest on the show. Fans of both actors are thrilled about the same.

According to the available information, Prabhas will shoot for the talk show on December 11. While we are not sure who is going to accompany Prabhas on the show, the fans are all excited about this episode already. They have been making fan-made videos of the same and are sharing them on social media platforms. Check out one here:

Rebelstar #Prabhas episode on #UnstoppableWithNBKS2 shoot with Natasimham #NBK on 11th Dec 💥
Can't wait for this energetic episode, Get ready for a blast 🔥🌋 pic.twitter.com/3ryiwtT87N

Balakrishna was approached by Aha OTT, Allu Arjun's first-ever Telugu OTT venture, to host a talk show with celebrities. When the makers of the show announced NBK as the host, it was rather exciting and came as a surprise to many. Needless to say, Balakrishna was always hitting headlines for his alleged rude behaviour with the public and fans during his interactions. But, the entire film industry is always positive and friendly with Balayya, as they know him from close quarters.

Aha was plummeting due to its flop singing reality shows, talk shows, cooking shows, etc besides publishing content of all southern industry movies in Telugu. Actress Samantha also hosted a talk show titled 'Sam Jam', which remained a disaster. However, when the makers brought NBK on board for another talk show, the show stirred up the entertainment quotient on the OTT platform and contributed to its growth. Unstoppable is the talk show's title and it went on to bring unusual combinations of guests on the show as well as gain good reviews. NBK, as the show's host, is always on fire and is the attraction of his show no matter who the guests were. 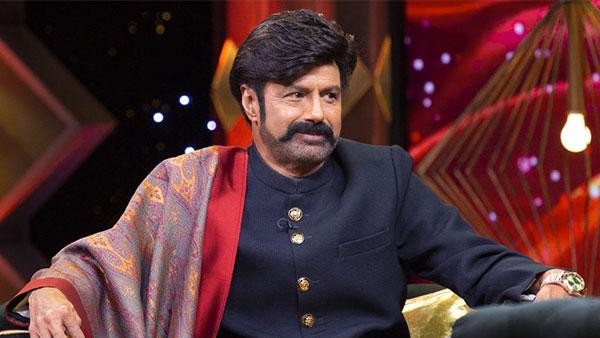