Superstar Mahesh Babu's Upcoming action entertainer under the direction of Trivikram Srinivas is going to begin its second schedule on December 8 in Hyderabad. The movie's unit is gearing up for the same, post the break the actor took due to personal reasons. The movie, which is going to bring together actress Pooja Hegde and Mahesh Babu for the second time after Maharshi, is being bankrolled by Radha Krishna under the Haarika and Hassine Creations banner. 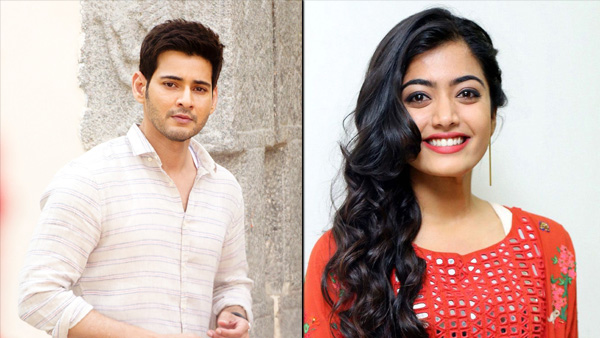 According to the latest buzz, we hear that the makers have approached none other than national crush Rashmika Mandanna to appear in a special dance number. If the rumours are to be believed, we would see Rashmika and Mahesh together in a good song again. Can we forget how cute the pair looked in the 'He's so cute song from the Sarileru Nikevvaru movie?

SSMB 28 marks the unison of Trivikram Srinivas and Mahesh Babu after about 12 years. The duo worked together for Athadu and Khaleja. Although Khaleja didn't score well at the box office when it was released, the movie gained cult status over the period. The producers and director are making sure to leave no stone unturned to make this movie a special one for the actor, even more so now.

As of now, S Thaman is the film's music director and we saw what he and Trivikram had done with Allu Arjun's 'Ala Vaikuntapuramuloo' album. The fans of the actor are expecting an album that entices them on the same level. The movie's upcoming schedule will have Mahesh Babu, Pooja Hegde, and yesteryear actress Shobana coming together for shooting key sequences.

The movie is said to have two heroines and while it was earlier confirmed that Samyuktha Menon will be part of the project, we hear Sreeleela's name in recent days. However, we are awaiting confirmation of the same.

Trivikram Srinivas was seen sticking to Mahesh throughout this crucial time. He was also around when Mahesh's mother Indira Devi died in September of this year.