Siddhu Jonnalagadda, who rose to stardom with Krishna & His Leela, followed it up with a super successful comedy thriller in the form of DJ Tillu. The movie was one of the most profitable films of 2022 and its sequel is currently underway. However, the filming is being delayed due to various reasons. 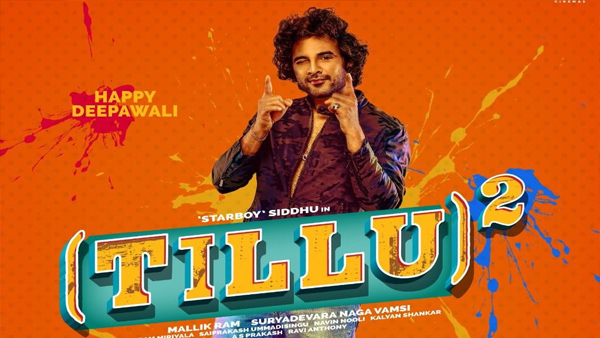 Taking to his Twitter handle, starboy as he is fondly referred to has mentioned that the movie is going to be bigger and better. He wrote, "Hello everyone , thank you for the support and love . Planning to release the film in March . And the Rumours , will clear them@out through a proper interview soon . ❤️❤️" (Sic)

The movie at first had a hurdle in the form of the director. Vimal Krishna, who traveled with Siddhu for a long time and helmed DJ Tillu has walked out of the project citing creative differences between him and the actor. Mallik Ram was then welcomed on board as the director. While the team signed Anupama Parameswaran as the female lead, the Karthikeya 2 actress also walked out of the project.

Now, Tillu Square is the hotspot for controversies and repeated changes in cast and crew. The makers then are said to have signed Malayalam actress Madonna Sebastian in the female lead role. With many hurdles that were attributed to the over-involvement of Siddhu Jonnalagadda, fans are worried about the film's output. The movie DJ Tillu gathered a huge fanbase and the sequel is one of the most awaited.

Siddhu Jonnalagadda, on the occasion, made it clear that he would speak about the film's updates and clarify issues through a proper interview. He also assured that the makers are working to bring the movie to theatres in March 2023.

DJ Tillu was made on a budget of Rs 10 Crore by Sithara Entertainments and Fortune Four Cinemas banners together and it made a profit of about Rs 29.70 Crore at the box office worldwide.

Tillu Square is produced by the same banners and Ram Miriyala was signed for the project to compose the background score and tunes for it. Navin Nooli is working as the editor and Sai Prakash Ummadisingu is cranking the camera.