Thiruchitrambalam has released amidst a lot of excitement due to the rocking reunion of DnA, Dhanush and Anirudh. The first single Thaai Kezhavi was a rage with the crowd, and Megam Karukkudha pleasantly swept us off our feet. The film has multiple female leads including Nithya Menen, Raashi Khanna, and Priya Bhavani Shankar. Legendary Director Bharathiraja plays a crucial role in the film, alongside the veteran actor Prakashraj, who plays Dhanush's father.

The film has been directed by Mithran Jawahar of Yaaradi Nee Mohini fame. After about twelve years he has joined hands with Dhanush again for Thiruchitrambalam. And the duo has worked their magic once again.


The relationship between Pazham, played by Dhanush, and Shobana, played by Nithya Menen, is fresh and engaging to watch. The film keeps us curious about the love life of Pazham, and keeps us wondering whom he will end up with.

Priya Bhavani Shankar has brought her unique persona to effect here and she is a delight to watch on screen. Her performance is laidback and grounded, and keeps us invested in Ranjani as a character. Raashi Khanna has a sparkling chemistry with Dhanush, and her portrayal of Anusha makes the audience fall in love with her as well. 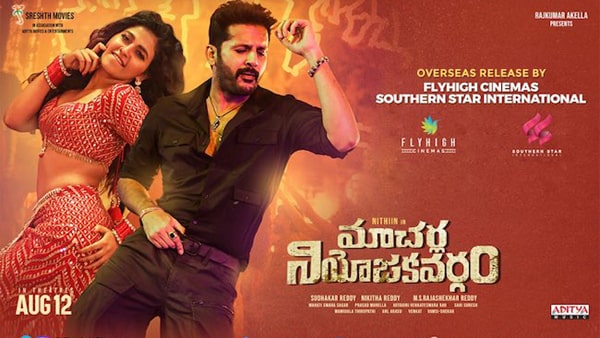 After having seen Dhanush in an intense and intimidating character in The Gray Man, the approachable and friendly "Pazham" is interesting to witness on screen.

So far too Good. Interval Block Superb. Waiting for 2nd Half

Zaro
@toto_motto
#Thiruchitrambalam Better 2nd half with some great performance from #Nithyamenen
Overall a decent entertainer from #Dhanush !!

Zaro
@toto_motto
There were so many dull films from #Dhanush in the recent past and this one betters all of them but still he needs a director like #Vetrimaran who can give him the best in all aspects !!