Akkineni Samantha is on a career high even without featuring in glamourous roles alongside top stars of the industry. She seems to have matured with age, which is evident in her script selection. Being directed by the very talented Nandini Reddy, Oh Baby has hit screens amidst much expectations and decent hype.

Savitri (Lakshmi) is a widow who lives with her family. An affectionate and caring granny, Savitri faces the wrath of her daughter-in-law for being excessively loving and caring towards the former's grandchildren. This creates quite a fuss at home, which invokes some sort of tussle between Savitri and her daughter-in-law.

All these bitter incidents lead Savitri to leave home in utter disappointment but she returns as a young 24-year-old 'Baby' in the form of Samantha. How does she transform herself into Young Baby? What does she do in her new avatar? Will Savitri's daughter-in-law eventually realize her MIL's love towards her children? All these forms the rest of the plot.

Samantha is definitely on a roll with back-to-back laudable performances. After Majili, she manages to get one more movie with a meaty role and a dynamic introduction sequence. Her transformation between characters (that of a 70-year old woman to a 24-year old girl) and managing either accents, dictions and body language are impeccable.

Yesteryear actor Lakshmi is already a proven legend and hence, less said the better. She is a perfect fit to her role while seasoned actors like Rao Ramesh and Rajendra Prasad have rendered performances, which could have just been the requirement of the director.

A female director in the industry is not often seen or heard of but, Nandini Reddy can get credit for being among very few directors in this category. Despite being an official remake of Miss Granny, a Korean drama, Nandini has stitched the movie suiting the nativity of the Telugu audience. But this process seems to have consumed the initial 30 minutes of the movie which can be a bit boring.

Her writing in the first-half impresses the audience along with tickling the funny bone; the same effect doesn't get stretched to the second half as the execution is pretty mundane with an average ending.
Production values are good and cinematography is impressive as well. Songs and music by Mickey J Meyer is a letdown as no songs except one impresses the audience.

Oh Baby has its entertaining and engaging elements in bits and pieces. It is neither outstanding (As what was felt while watching trailers/promos) nor a disappointment. 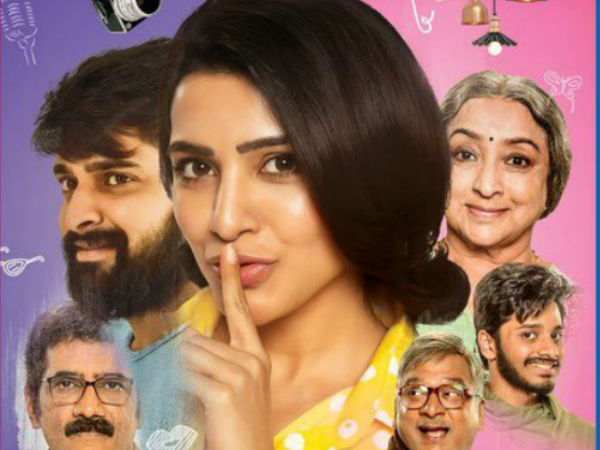