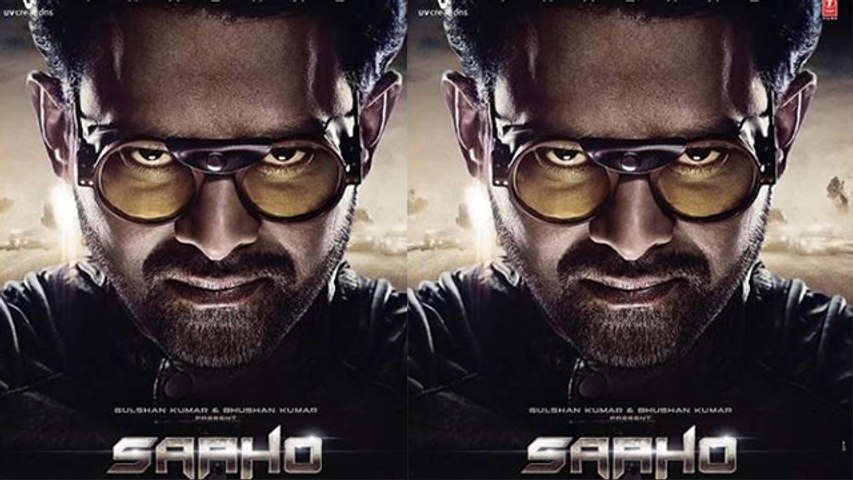 Since Saaho is Prabhas's outing after Baahubali 2, the Sujeeth directorial carries a never-seen-before kind of hype. It would be fair for audiences to expect a film, yet another scintillating film, using Prabhas, the star and the actor. But has Saaho lived up to that hype and expectations? Our review on the movie might give you a picture of this.

Roy's business empire is in danger after he passes away in an accident. There is a battle for power among the prominent members. Meanwhile, Ashok Chakravarthy and his team are investigating a theft case in Mumbai. What is the connection between these two events? Saaho unearths this and more.

It needs to be said that the makers have come out successful in keeping the original storyline under wraps despite various rumours doing the rounds regarding the plot. But still, the film's core plot, fails to excite since its clichéd and hackneyed, to say the least.

Sujeeth tries to carve out an action spectacle, which is built on a story that the Telugu audiences have seen an umpteen number of times. Having said that, it needs to be mentioned that the film has seriously good action blocks. The pre-interval portion is one among them and the village fight in the climax portions, also looks fascinating. However, certain other sequences, do test the patience as they are just about the visual spectacle without any kind of innovation. The long action sequence that comes mid-way in the second half is one such sequence that's just about the extravaganza.

Saaho begins on a good note and thus, suggesting that something exciting is in store. Some of the investigation sequences in the first half are pretty interesting and brain has been applied in the writing by bringing in some innovation. But, as the film progresses, especially after the pre-interval twist, which was again so predictable, Saaho turns out to be a messy and uninteresting affair.

In the second half, Saaho tries to be smart and at times, overtly smart, by trying to play too much with the script. It is fast and pacy but fails to connect with the audiences. There are a plethora of twists and there comes a situation when one feels like the writer-director is trying to fool the audiences, every time, he comes with a revelation. The large number of characters and trying to project them as crucial in the narrative, further, add to the wounds of the movie.

However, Sujith proves that he is a brainy filmmaker with the way he has conceived the climax twists. Despite being predictable, the director pulls off those sequences with a parallel narrative, which in turn, keeps the audiences glued. But still, it was too late for such a flash of brilliance to come to the foray.

Prabhas carries his role with ease. Interestingly, his lazy and calm demeanour, add to the swag of the character. There are many moments for Prabhas fans to cherish in the second half. Shraddha Kapoor has done a good job and initially, one would get a feel that Shraddha Kapoor's Amritha has a good scope throughout the film, but even her character falls into a predictable zone in the second half. Nevertheless, she has done a fine job. Chunky Pandey's performance deserves good appreciation. Jackie Shroff is wasted in a pretty simple role. Arun Vijay, Lal, Mandira Bedi, Neil Nitin Mukesh, Murali Sharma, Prakash Belavadi, etc., come up with decent performances.

The songs are pretty average and their placements are also thoroughly disappointing. Only Psycho Saiyaan looks apt for the narrative. Ghibran's BGM is inventive and in fact, he infuses some freshness into the plot. Madhi's cinematography works are engaging. The editor has tried to do his best to convey the convoluted narrative in an understandable format. VFX works are only good at parts. Some of them looked pretty ordinary and thus not fitting into the stature of the movie.

'Bang bang', the music bit that pops as a background score probably sums up the film. When you come out of the theatres, only the sounds of the guns blazing and the cars screeching, remain with you. Rest of Saaho is nothing more than a bloated and hackneyed action saga.