Disco Raja is a science fiction action film which features Ravi Teja in the titular role. The movie, which is written and directed by VI Anand, features Payal Rajput and Nabha Natesh as the female leads. Disco Raja is a crucial project for the lead actor Ravi Teja, who is in need of a solid hit.

A group of scientists in Ladakh revives a frozen dead body from the snow and brings it back to life using a newly-developed technology. The relived person (Ravi Teja) reveals that he is Disco Raja, a gangster who lived in Madras 35 years ago.

At the same time, Vasu (Ravi Teja, again) the doppelganger of Disco Raja goes missing and his friends are actively searching for him. The rest of the plot revolves around the connection between Disco Raja and Vasu, and how Raja avenges his death.

VI Anand has scripted (dialogues by Abburi Ravi) and directed Disco Raja, which was promoted as a sci-fi action film, before its release. The director has succeeded in opening the movie on a highly promising note. The sci-fi track is narrated very well, with stunning visualization and background score. Disco Raja will give its audiences a feel that they are in for a unique movie experience, at the beginning.

But after a certain point, the sci-fi angle is completely forgotten and the movie totally transforms into a cliche mass-action entertainer, which is utterly disappointing. Later, the Ravi Teja starrer displays all conventional traits of a formula entertainer, including the age-old revenge angle and repetitive romance and comedy tracks.

This sudden transformation from a promising sci-fi premise to routine mass film kills the impact of the interval punch and the twist in the second half. The over-stretched climax portion act as the last nail in the coffin. Disco Raja is definitely not for the audiences who were expecting a fresh, unique film experience. But the movie might appeal to the viewers who love formula mass entertainers.

Ravi Teja, the leading man has delivered an effortless performance as Disco Raja and Vasu, which will definitely impress his fans. His screen presence and energy are the biggest plus points of the film. But sadly, Disco Raja doesn't provide any scope for the Mass Maharaja to explore his acting skills.

Bobby Simha, who appears as the main antagonist, has played his part well. But again, the role is a cakewalk for the National award-winning actor. Payal Rajput and Nabha Natesh are good in their limited roles. Vennela Kishore scores with his amazing comic timing. The rest of the star cast, including Sunil, Tanya Tope, Satya, Jeeva, etc., are good in their respective roles.

Karthik Ghattamaneni, the director of photography has done a brilliant job with excellent visualization, which can be called as one of the biggest attractions of the film. Shravan Katikaneni's editing is not up to the mark, as the movie loses its grip totally in the second half.

The songs by S Thaman-Sirivennela Seetharam Sastry duo are just fine. But the musician scores with the effective background score which sets up the right mood for the movie, especially in the sci-fi portions.

Disco Raja might impress the audiences who love to watch Ravi Tejai n a formula mass entertainer. But the movie will definitely disappoint those who were expecting a well-made sci-fi action film. 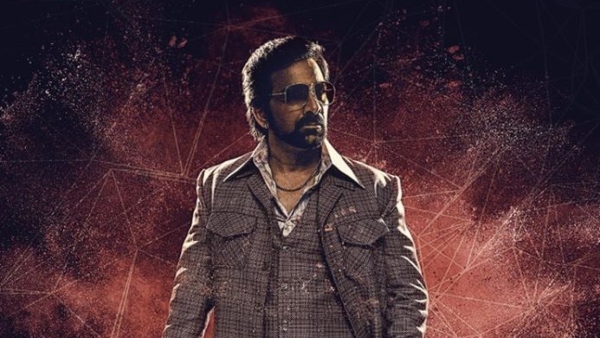 Disco Raja Twitter Review: Here's What The Audiences Have To Say About The Ravi Teja Starrer! 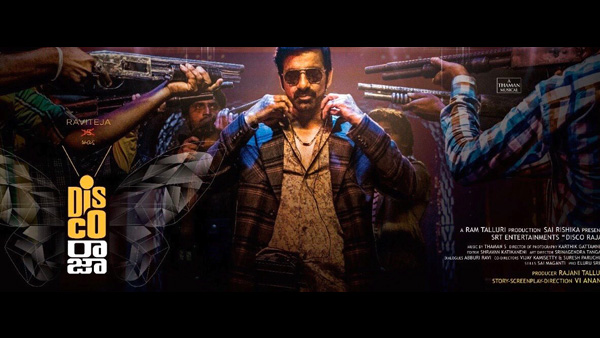