World Famous Lover is the anthology romantic drama which features Vijay Devarakonda in the lead role. The movie, which is written and directed by Kranthi Madhav, features Rashi Khanna, Aishwarya Rajesh, Catherine Tresa, and Izabelle Leite, as the female leads. Vijay, the lead actor has appeared in three different get-ups in World Famous Lover, which is produced by Creative Commercials.

Gautham (Vijay Devarakonda), a struggling writer and Yamini (Rashi Khanna), a successful professional are in a live-in relationship. Gautham's lack of focus and laziness heavily suffocates Yamini and soon the love between them starts fading. After struggling in a loveless relationship for so long Yamini finally decides to walk out, to the much-dismay of Gautham.

He starts writing again to prove a point to Yamini and convince her to give him another chance. Thus, Gautham introduces the viewers to Seenaiyya (Vijay Devarakonda, again) and Suvarna (Aishwarya Rajesh) a couple from a village in Telangana and Smitha (Catherine Tresa), a modern woman who enters their lives, through his story. By the end of his story, Gautham lands in Paris and soon finds love again in Iza (Izabelle Leite). What happens next forms the crux of the story.

Kranthi Madhav, the writer-director has tried to create a deeply impactful love story by portraying three contrasting relationships, but only succeeds at parts. The love triangle between Seenaiyya, Suvarna, and Smitha is the most enjoyable part of the film, even though the story lacks conviction. The writer-director has done a good job with the characterizations of Seenaiyya and Suvarna.

But things go severely wrong with the Gautham-Yamini love story, mainly because of the overdose of bitterness and sobbing. Both Gautham and Yamini are constantly high at emotions thus leaving the audiences emotionally exhausted after a point. Also, Gautham's problems are portrayed in a very amateur way that audiences struggle to connect with the character or empathize with him.

When it comes to the Paris track, things turn too much illogical and bizarre with the introduction of the fourth heroine, who is a Telugu-speaking French woman. Apart from the character Suvarna which is neatly written and developed, all three lead female characters are lazily written, lack conviction, and fail to impress.

Vijay Devarakonda has almost saved the day with his brilliant performance in the role of Seenaiyya, and totally deserves special applause for his effortless Telangana dialect. However, the actor reminds us of the character Arjun Reddy at several moments with his performances as the frustrated, forever-yelling Gautham, which is a huge letdown.

Aishwarya Rajesh is perfect in the role of Suvarna and instantly connects with the audiences with her powerful performance. Rashi Khanna, who plays Yamini has nothing much to do other than sobbing whenever she appears on screen. Catherine Tresa and Izabelle Leite, who played Smitha and Iza, are totally wasted in their insignificant roles.

Jaya Krishna Gummadi, the cinematographer has done a neat job with the visualization of the movie. Kotagiri Venkateswara Rao's editing is not up to the mark, as the movie feels dragged at certain points, especially in the second half. Gopi Sundar, the National award-winning musician has done a decent job with the background score, but the songs are just average.

This love story is emotionally exhausting and entertains only in parts. Give it a try if you are a die-hard fan of Vijay Devarakonda or any of the four leading ladies. 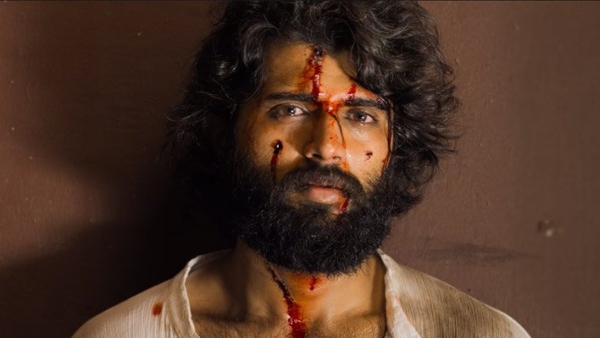