Santosh Shoban's Ek Mini Katha has been in the limelight ever since its trailer release. The intriguing trailer not only turned many heads, but also received immense support from superstars including Prabhas and Ram Charan. The comedy flick directed by debutant Karthik Rapolu has finally hit Amazon Prime Video today (May 27). Also featuring Kavya Thapar, Shraddha Das, Brahmaji and Sudharshan, the film is backed by UV Concepts (a subsidiary of production company UV Creations) in association with Mango Mass Media.

Did the Santosh Shoban-starrer live up to the expectations of audiences with its unusual story? Let's find out! 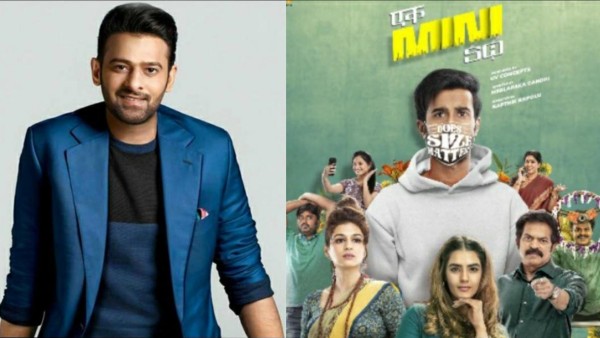 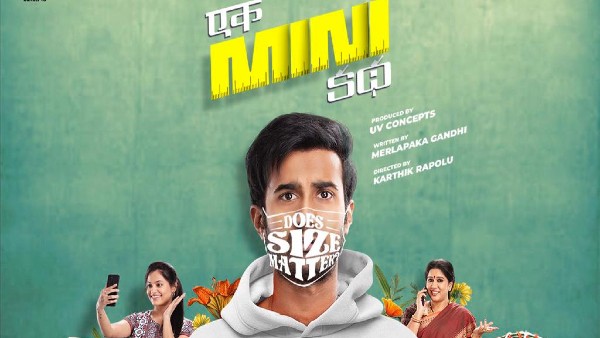 As the title suggests, Ek Mini Katha is literally about a highly educated young man's frustration regarding everything 'big' and 'small'. The film begins with Ram Mohan (Brahamji) approaching a psychiatrist for his son's (Santosh) treatment who the father thinks is a s*x addict. Upon calling Santosh to the clinic, the doctor learns about the young man's life- from the adolescent period to the current happenings.

Since his childhood, Santosh believes that he has a small pe*is. Though he approaches his father to clear his doubts about the same, he is seen beaten up and considered evil-minded since then. With time, the youngster becomes conscious and tries out herbs, pointless tips from the internet and even takes appointment for pe*is enlargement surgery! His life takes a steep turn when his parents fix his wedding with Amruta (Kavya Thapar) who he is sure will never be happy with him because of his 'physical condition' (misconception in real). Post the wedding, Santosh goes through a plethora of situations that turn his life upside down! Will Amruta learn the truth? Will Santosh who is struggling with micro pe*is syndrome finally open about his problem to his wife and parents? Well, to get all the answers you will have to watch the film exclusively available on Amazon Prime Video.

First things first, for Ek Mini Katha's story, director Karthik Rapolu and writer Merlapaka Gandhi deserve a huge applause. It wouldn't be wrong to say that the story was the soul of the film as it gave life to each and every character, dialogue and sequence. Other than choosing a bold concept, the writer and director have also focused on unveiling the bitter truth of society, hence coming up with a problem and solution pertaining to the leading man's life.

The storyline of the Santosh-starrer is short, crisp, focused, and entertaining that comes with a bang on strong message. The film is also an excellent example for Tollywood to look up to for experimenting with freshly brewed and socially relevant concepts. Interestingly, the director has been successful in blending humour with a serious subject, the two contrast things that often don't go hand in hand.

The film also has its share of flaws, especially when it comes to the main lead's mother's character, who is shown as someone who is closely attached to her siblings, however, fails to understand the struggle of her own son. The director and writer could have tried to bring in at least one emotional moment between the two instead of letting her character roam around with the countless relatives making a mother's character irrelevant in the film.

Santosh is undoubtedly the show stealer of Ek Mini Katha. Seemingly, the young actor has done thorough research to get into the skin of the character he is playing. Not just his acting chops and comic timing are impressive, but his combination sequences with Sudharshan is also high on laughter. Notably, the star has also worked well on the minute gestures of his character that look reasonable and at the same time nifty.

The senior actor has done justice to his character Ram Mohan. Brahmaji has excellently balanced his role as a father who is also a professor at Osmania University. Interestingly, one would easily relate to the character played by him, as he brings in gestures and dialogues of a father that are straight out of real life.

Kavya Thapar's role as Amruta, the ladylove of Santosh is well defined. The actress has performed her character with utter ease as it requires her to play a sweet, humble and independent woman having big dreams. Her balanced emotions and subtle body language for the character are appreciable.

Ek Mini Katha has camera cranked by Gokul Bharathi who has indeed done an admirable job with the visualization, that blends beautifully with the storyline. Editor Satya G has delivered a stretch-free output that keeps one gripped. Talking about the songs, a total of three tracks have been used- 'Ee Maya Lo', 'Saamiranga' and 'I Hate My Lifu' which are apt for the film and well placed. Praveen Lakkaraju's beautiful composition will surely find its place on music streaming platforms as they are expected to end up as chartbusters.

Mother's role lacked emotional element
Just like in real life, a few unnecessary relatives could have been avoided as they seemed like gap fillers.

Santosh Shoban's Ek Mini Katha is undeniably a breath of fresh air for the audience. The comedy entertainer is a complete package of fresh, bold and out of the box concept that needs your complete attention and we are sure this one will not disappoint you! Also, look out for the beautiful message it has about overcoming repressed feelings.