One of the most awaited films of the year, Pushpa is out in theatres. Written and directed by Sukumar, the rural entertainer starring an ensemble cast including Allu Arjun, Rashmika Mandanna, Fahadh Faasil, Sunil, Dhananjay, Prakash Raj and Anasuya Bharadwaj released in cinemas on Friday (December 17). Did Pushpa live up to the expectations of audiences? Let's find out!

Pushpa Raj (played by Icon Star Allu Arjun) works for a red sandalwood smuggling mafia. His emergence as the kingpin of the illegal business from a mere labourer and how he encounters the bigwigs of the mafia forms the crux of the story. His clash with Konda Reddy (Ajay Ghosh), Mangalam Srinu (Sunil), Dakshayani (Anasuya Bharadwaj) and later with the deadly police officer Bhanavar Singh Shekhawat (played by Mollywood actor Fahadh Faasil) are a few of the many high points of the entertainer. His love track with Rashmika Mandanna looks fresh. The duo's chemistry has also clicked quite well. 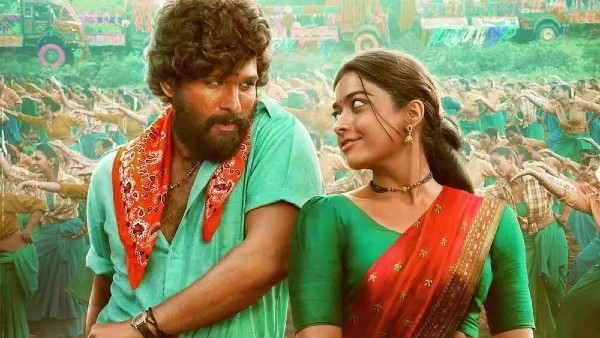 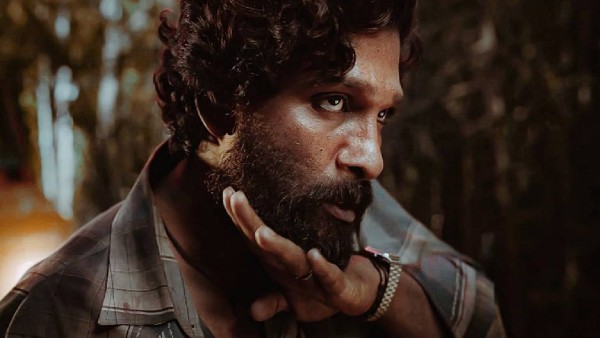 Much before the big release, many had expressed their doubt over Allu Arjun's rugged avatar and his characterization in Pushpa, which for most of his fans was a new experience, as they have only seen him appear in dashing looks in most of his films by far. Well now, going by his stupendous acting stints and intensity to which he has performed in the rural entertainer, seems like the star has still got the Midas Touch to embrace any role and make it his own. In most parts, it is his expressions and eyes that do all the talking. His dancing prowess, subtle gestures, action stunt performances and dialogue delivery has added life to his character Pushpa Raj.

Rashmika too has pulled off her role with utter ease. However, the need for her character Srivalli in the film has not been justified. To be precise, her character in Pushpa lacks importance.

Huge expectations were pinned on Devi Sri Prasad's music composition, however, he has nothing but disappointed the audience, especially with his background score and songs which lacks soul. The cinematography by Miroslaw Brozek is wonted and has nothing new to offer. The editing too is weak, and the lengthy duration of the film in itself serves as proof.

Pushpa is definitely a treat for Allu Arjun fans. With his unconventional look and exceptional acting chops, the star has set the screens on fire. All and all, Pushpa is a 'paisa vasool' entertainer that won't disappoint you, except for the technicalities, which are not up to the mark.