X
Filmibeat present to you, the popular
movies of the season.
Vote for the movie you support through
Facebook and Twitter.
Join the FilmiBattle
Home Top Listing

Over the span of four years, cinema lovers highly awaited Baadsha's appearance on the silver screen. In addition to being a fantastic run for Bollywood, this movie will also be for Badshah. Despite the fact that several movies had significant box office success and received positive reviews from both critics and viewers, the ideal Bollywood film, which should be celebrated throughout India, is still on the minds of Bollywood lovers. In the meantime, the production company announced that Amazon Prime had been granted the movie's online streaming rights. The news that they can watch Sharukh's Pathaan at any time has delighted the fans. We've discussed each specific piece of information about the Pathaan movie in this article, including the controversies it encountered and the advance release date. Scroll down and eat the undiscovered facts to learn more about the movie Pathaan.
Table of Content
Show More Show Less
1.Advance Booking

The production company stated on January 17 that advance ticket sales would begin on January 20, five days before the film's theatrical release in Hindi, Tamil, and Telugu. Fans and audience members were eager to see the Baadsha on the big screen for the first time in four years on January 20 and to secure their seats for the first day's first show.

The astonishing $12 crore pre-sale gross for Pathaan in India broke the previous milestone; it was the fastest advance booking in Bollywood. Status of Pathan Advance Reservations at Major Chains, Updated as of Thursday at 11:30 PM... 1,17,000 tickets were sold in total, with 51,000 sold by PVR, 38,500 by INOX, and 27,500 by Cinepolis. Because many single-screen statistics cannot be monitored, the counts may be slightly higher. 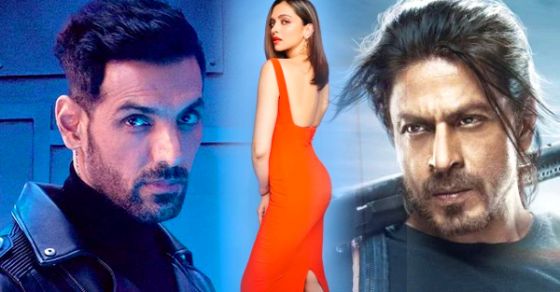 Shah Rukh Khan will make his magical comeback after a four-year hiatus in the upcoming Yash Raj Films film Pathaan, which will have a global premiere on January 25. For Shah Rukh Khan and Bollywood, the last several years have been a bumpy road. Fan (2016), Jab Harry Met Sejal (2017), and Zero (2018) were three back-to-back failures for the 57-year-old actor, who is affectionately called "King Khan" and "King of Bollywood." With his next high-octane action film, "Pathaan," Shah Rukh Khan is ready to revitalise Bollywood and recapture his title as "King of Bollywood." 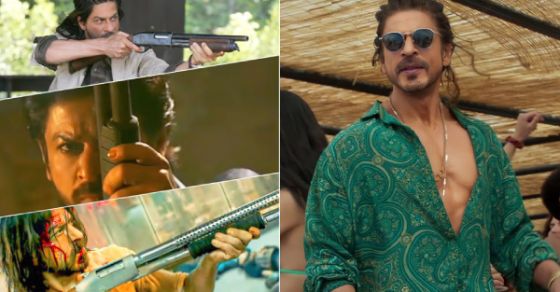 3.Pathaan will feature a surprise visit from Salman Khan

The megastar made an unexpected cameo in the Ranbir Kapoor and Alia Bhatt film Brahmastra, which was a surprise for Shah Rukh Khan's fans. Salman Khan will reportedly reprise his persona from his Tiger franchise in Pathaan and perform a special entry. Fans are obviously quite excited to see Salman Khan and Shah Rukh Khan dealing with each other in a film. 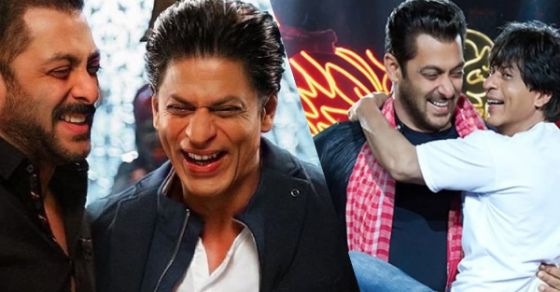 Nine days before Shah Rukh Khan's eagerly anticipated action flick Pathaan, the Supreme Court of India ordered Yash Raj Enterprises to make minor alterations to the picture for its streaming service debut. The Central Board of Film Certification has already given its blessing to the Siddharth Anand-directed film Pathaan, which also stars Deepika Padukone and John Abraham. However, the CBFC will still need to approve the film once more before it can stream on Prime Video on April 25—exactly three months after its theatrical opening. 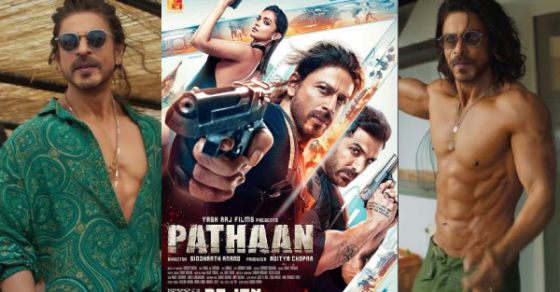 Union Minister and BJP MP Giriraj Singh confronted Shah Rukh Khan to create a film about Muslims and the existence of Prophet Muhammad. Giriraj Singh claims that many such Bollywood directors and artists make cinema to mock Hindus.

In a track from the feature film "Pathaan," Deepika Padukone wears saffron garb, and there are quite a few sequences. Thakur and the Vishva Hindu Parishad have been staunchly opposed. Sadhvi Pragya has urged a ban of the Shah Rukh Khan film, but Mishra and VHP have compelled the producer and filmmaker to act immediately to delete the offensive portions from the movie Pathaan.

Shah Rukh Khan and Deepika Padukone have been accused of "negatively affecting religious emotions" of Hindus in the song "Besharam Rang" from their new movie "Pathaan," according to a charge petition that was also submitted to a court in Bihar's Muzaffarpur region. 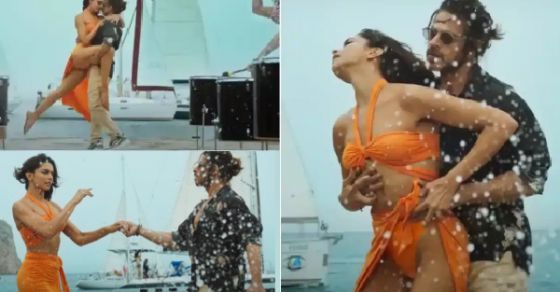 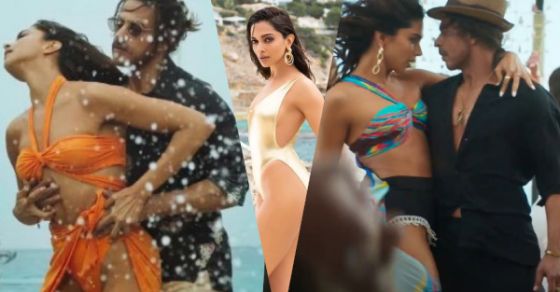 The Central Board of Film Certification (CBFC) granted Sharukh's Pathaan movie a U/A censor certificate. Furthermore, several contentious scenes were cut, and the final runtimes for "Pathaan's" first and second halves were set at 1 hour and 10 minutes and 1 hour and 16 minutes, respectively. Finally, we get a playtime of around 2 hours and 26 minutes. 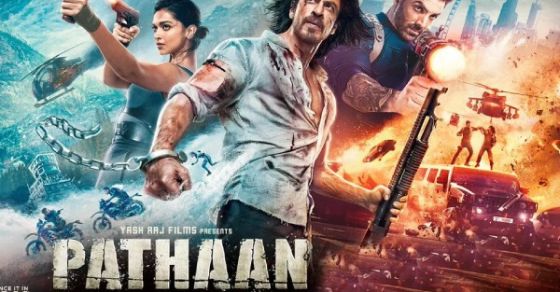 Day 1:
Pathaan was opened in theatres on January 25th, 2023, and it received a positive response from the theatergoers. The film earned an estimated 57 crores in advance bookings, and it grossed worldwide collections of 106 crores on the first day, which was the highest ever Bollywood film collection on day one.

The film grossed 112,60 crores worldwide on the second day, totaling 219,60 crores in two days.The film is receiving a warm reception from the audience.

On the next day, the film earned Rs. 39.25 crore in net revenue and 93.40 crore globally, breaking into the 300 crore club. A weekend celebration of Baadsha's Pathaan and a trip to see Salman Khan's widely welcomed cameo from Tiger Franchaise resulted in the sale of theatre tickets.

The film's worldwide box office receipts of 116 crore on Saturday with a net collection of 51.50 crore broke previous records that had been tenaciously set by blockbusters.

It reached 500 crores in worldwide collection and 284 crores in net gross revenue in the first week after earning 64.3 crores on Sunday, surpassing KGF, Baahubali, and Dangal. Its opening-week box office success was the highest ever for a Bollywood film. 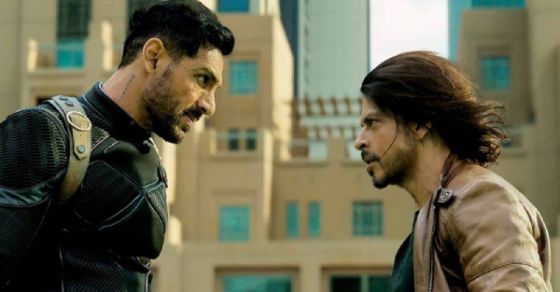