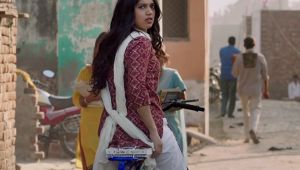 Watch video song "Hans Mat Pagle" - Female Version from the upcoming Hindi Bollywood movie "Toilet - Ek Prem Katha", This movie is a satirical take on a battle against the age-old tradition of open defecation in the country. From the panchayat to the sanitation department, from the role of the government to the superstitions of the villagers, from scams to the ethos, from first love to a matured romance.

Catch the movie in theaters on 11th August 2017
Follow Filmibeat On
Recommended for you
View More Songs Videos
Comments
Read more about: