"Rekha is a question mark, an exclamation mark, a comma, never a full stop. To know her is to be seduced by life," filmmaker Sanjay Leela Bhansali was quoted as saying in one of his old interviews. Well, there's hardly anyone out there who isn't mesmerized by Rekha!

Beneath her signature Kanjivarams and ornate jewellery lies a woman who has always challenged the unofficial 'diktats' of the film industry with her thoughts and actions. Considered to be an icon of Indian cinema, the diva defeated every stereotype, both on-screen and off-screen. She created her own rules and took the path few choose back then.

Rekha has always wooed us with her enigmatic performances in films. Even even her personal life became a fodder for gossip, the evengreen star stood tall and held her head high with grace. "My independence is the biggest gift I gave to myself," the actress had said in a Filmfare interview.

As Rekha turns 66 today (October 10, 2020), we bring you some of her most powerful statements which prove that she is a woman of substance.

'For a woman to be complete, she has to be a blend of Paro and Chandramukhi. I feel that I am that woman.'

'I do believe that the woman is stronger. Yes, she's often considered weaker and subordinate, she is ridiculed and not taken seriously - but that ultimately became her power. She doesn't need to be proud, all she feels is gratitude.'

Are The Heartbroken Souls Listening To This?

'I don't agree with Oprah Winfrey who has said if you're not happy in a relationship, then it's not love. It all depends how you change and utilise the pain in a relationship. The word ‘love' is used too frivolously. Pain is not necessarily bad, you can't blank it out, but you can rise from the situation instead of wallowing in it like some Dead Woman Walking.'

Rekha Believes That Age Is Just A Number

'Old age and illness don't scare me. What is there to be afraid of? Don't waste a single second worrying about what is not in your hands. Just as you didn't know when you were in the embryo stage, you won't know when you're dying. So, you see, I'm living life. Not surviving. Or fighting it.'

Rekha Has Some Priceless Advice

'While I always under-valued myself and was almost casual about everything I did, there were others who were convinced I had potential. But having said that I also think my greatest gift is that I have loved and received enough love... to let go.'

'My calling in life is to be not just a provider or wife or mother. My calling is to be a true fellow human being. I am not alone. I am every woman and, may I add, I am every man too.' 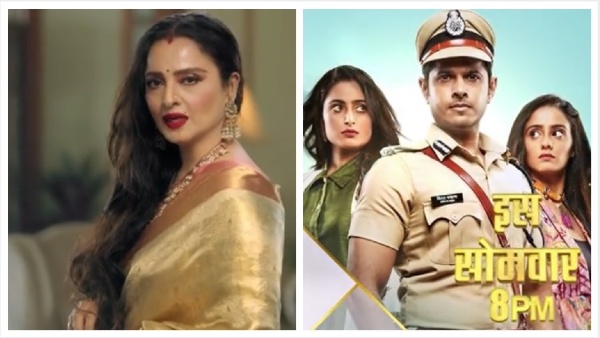