Amid the coronavirus lockdown, you soon may not be able to pass your time by watching your favourite daily soaps and reality TV shows. Several entertainment industry bodies announced that shoots of films, TV and web series would be put on hold from March 19 till March 31, due to the coronavirus pandemic.

However, you can definitely get your regular fix of entertainment with web series and Bollywood films available on digital platforms like Hotstar, Netflix and Prime Video. Heres a list of films you can catch with during the coronavirus quarantine.

The Sky Is Pink- Netflix

Directed by Shonali Bose The Sky Is Pink, starring Farhan Akhtar and Priyanka Chopra is based on the true story of a couple who lost their 18-year-old daughter to severe combined immunodeficiency - a fatal disease. The talented star cast will make you laugh and cry with their emotional story.

Now of all times, we need a film that will show us how to set our differences aside, featuring Varun Dhawan and Shraddha Kapoor, Street Dancer 3D tells the story of rival groups hailing from India and Pakistan who leave their differences aside to represent their Asian routes on a global platform.

Badla is a must-watch because of the star cast which includes Amitabh Bachchan and Taapsee Pannu, and because the thriller will keep you at the edge of your seat till the last minute. The film follows a businesswoman (Pannu) and her lawyer (Bachchan) after she's been arrested for murder and is awaiting her trial.

Zindagi Na Milegi Dobara has always been a must-watch during any situation. If you haven't been able to watch this one yet, now is the perfect time to get your mind off coronavirus. The Zoya Akhtar masterpiece follows the life of three friends who plan a bachelor trip which teaches them a lesson or two about life.

Along with the subject of premature balding, Ayushmann Khurrana's Bala also tackles the subjects of India's obsession with fair skin and why divorcing someone does not necessarily have to translate into unhappiness as commonly perceived in Bollywood flicks. The comedy-drama is a must-watch because of Ayushamann's conviction to the character, and the hilarious TikTok videos

The multi starrer, comedy-drama shares a new take on marriages in the 21st century. With many feel-good moments, it also talks about Vitro fertilisation (IVF) and highlighting different kinds of couples and how they deal with an unusual situation.

Kangana Ranaut in Queen plays a girl who is gets dumped just days before her wedding but instead of locking herself up in a room, she decides to go on her honeymoon all by herself leading to a life-changing journey. Along with Kangana you too are bound to go on an emotional journey along with her.

Kangana Ranaut's feel-good film Panga was inspired by the real-life story of a national level Kabbadi player, along with sharing the struggles of a former medalist the film highlights the importance of love and family

Raazi is the story of an Indian spy who enters Pakistan territory after getting married to one of their Army generals. The suspense thriller, unlike any other, will bring you to the edge of your seat.

The historic film that is based on Tanhaji Malusare's Battle of Sinhagad with the Mughals has been highly appreciated for the cast and screenplay. Ajay Devgn in the film plays the lead role as Tanhaji Malusare, one of the military assistants of Chhatrapati Shivaji Maharaj while Saif Ali Khan plays the antagonist, Udaybhan Singh Rathore. 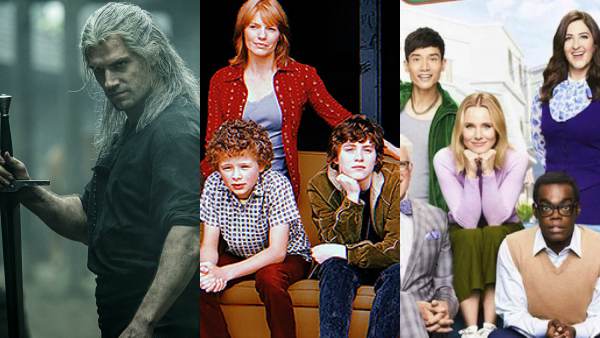