In an interview with Hindustan Times last year, Vivek Anand Oberoi had called himself a "comeback kid." He was quoted as saying, "I feel that I hold the record of the most number of obituaries written for someone's career. I've seen so many Fridays where in people have said, 'Oh! This time he is over'." But, the actor also added that he has never let negativity affect him in any way. Probably, that's one of the reasons why the actor continues to remain relevant despite the 'misses' in his career.

Right from the time he stepped into the film industry till today, Vivek has never stuck to a particular genre, and has always believed in surprising the audience. His film career as been nothing short of a roller coaster ride with its 'ups and downs'. But, the actor has always silenced his naysayers in his own way.

As Vivek Anand Oberoi turns 44 today (September 3, 2020), we bring you six of his most versatile performances where the actor enthralled everyone with his acting chops.

When most newcomers picked up conventional lover boy roles for their debut, Vivek Anand Oberoi ditched the tried-and-tested formula, and sashayed into the film industry with Ram Gopal Varma's 2002 film Company. When the film released, the actor walked away with accolades for his role of Chandu aka Chandrakant Nagre. Years later, in an interview, Vivek revealed that he stayed in the slums for 15 days to convince Ram Gopal Varma to cast him in the film as the latter believed that he was too good-looking to play a gangster.

As an actor who believed in breaking the norms, Vivek picked up Shaad Ali's rom-com Saathiya in the same year (2002). This time, the actor became every girl's dream man with his charm and endearing performance. Not many people know that Saathiya was initially offered to Abhishek Bachchan, but the latter turned the role. Guess, Abhishek's loss turned out to be Vivek's gain!

As Arjun Balachandran, the carefree and spoilt son of an IAS officer in Mani Ratnam's Yuva, Vivek left the audience mesmerized with his great screen presence. Despite the film being a multistarrer, the actor left a lasting impression with his memorable act. Of course, his chemistry with Kareena Kapoor Khan also added more spark to the film.

Vishal Bharadwaj pulled off a casting coup of sorts with his film Omkara, an Indian adaptation of Shakespeare's Othello. In a film starring talented performers like Ajay Devgn, Saif Ali Khan, Konkona Sen Sharma and Kareena Kapoor, Vivek Oberoi made sure that his role of Kesu Firangi remained etched in people's mind for a long time.

It won't be wrong to see that Vivek Anand Oberoi is the best when it comes to playing wicked in reel. After Company, the actor once again hit the 'gangsta' mode to essay the role of real-life gangster Maya Dolas in this Apoorva Lakhia directorial. As expected, it was all fireworks on the big screen!

Vivek Anand Oberoi once again went 'bad' for Hrithik Roshan's Krrish 3, in which he played the main antagonist Kaal. Though the film received mixed reviews from the critics, Vivek as the physically-disabled anti-hero packed a punch. 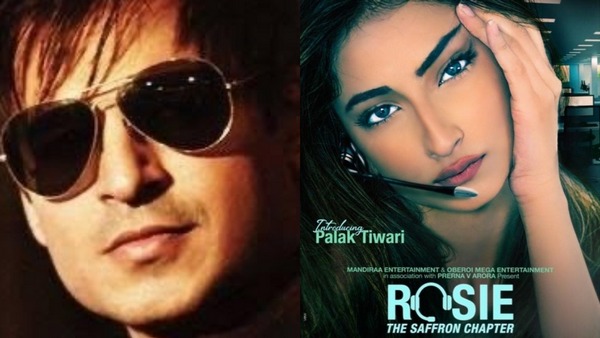