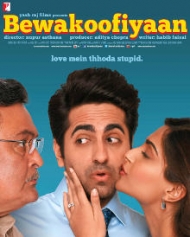 But Mayera’s willful bureaucrat father, V.K. Sehgal (Rishi Kapoor), vehemently disagrees. Who gets the last laugh in this Delhi-comedy when recession strikes and the lack of money tests love?

This fun-filled satire has been written by the versatile writer/director Habib Faisal and will be directed by Nupur Asthanan. This is her second film for the Studio, after her successful directorial debut last year with Mujhse Fraaandship Karoge, under the Y Films banner.

The film has Rishi Kapoor, Ayushmann Khurrana and Sonam Kapoor in lead roles. This is...