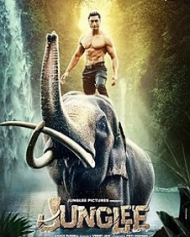 Raj (Vidyut Jammwal) is a Mumbai-based veterinary doctor who always lends a helping hand to animals in trouble. When his estranged father asks him to return to his native place - a sanctuary for elephants for his mother's 10th death anniversary, he agrees half-heartedly.

He is tailed by a journalist Meera (Asha Bhat) who is keen to interview his conservationist father. On reaching there, Raj reunites with his childhood friends, Shankara (Pooja Sawant) who is now a female mahout and Dev (Akshay Oberoi) who works as a forest ranger and most importantly, Didi and Bholi (the two elephants who grew with him).