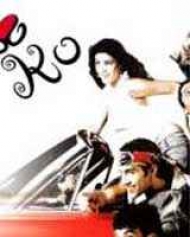 Musical
Release Date : 24 Oct 2004
Cast : Sudhanshu Pandey, Karan Oberoi
Director : Sharan
Synopsis
In the background of a lot interest being shown in music groups, a group of young Indian men, calling themselves "Band of Boys", decide to perform publicly, to share their talents India-wide, as well as to make a career for themselves. They run into problems - it seems the public is only interested seeing a group of sexy young girls perform. This group must now compromise to include a young, sexy girl to be included in their band. But for doing this, they may have to change the very name - Band of Boys - to something else.