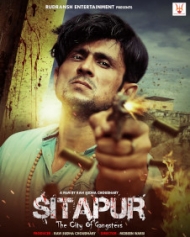 Sitapur The City Of Gangsters

Crime Drama
Release Date : 14 Aug 2021
Cast : Ravi Sudha Choudhary, Aparna Mallick
Director : Mobeen Warsi
Synopsis
Dev Singh Rana (Ravi Sudha Choudhary), the lead actor of the film Sitapur-The city of Gangster, happens to be the college president. In a mutual encounter in college itself, he gets into a fight with some bullies, which later takes the form of a fierce enmity. Since the bullies belongs to the political background, a series of murders starts. And this is where the story of Dev Singh Rana takes a turn. The series of murders and revenge on murders never stop.