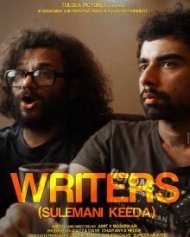 All seems well until Dulal meets Ruma, a beautiful photographer who makes him question his choice to sell out.