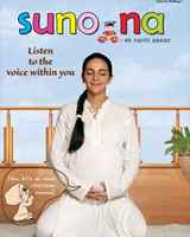 Comedy
Release Date : 15 May 2009
Cast : Tara Sharma, Dharmendra Gohil
Director : Amy Thanawala
Synopsis
Suno Na film revolves around an unwed mother. After being spurned by her lover, Tara takes an extreme step and decides to commit suicide. But soon she realizes that she is carrying a her child and would be killing it in the bargain as well. Why kill the innocent unborn for no reason? Tara decides to move to a city, find work, give birth to the child, and start a new life.

The film takes a humorous turn when the mother and the child in the womb start talking to each other; even sing a duet. The child wants to know many things, including about the father. The story also revolves around three men who come in her life during these nine months.