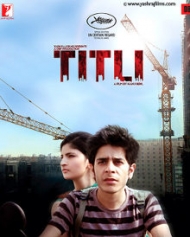 His schemes are thwarted by his unruly brothers, who marry him off against his will. But Titli finds an unlikely ally in his new wife, Neelu, who nurtures her own frustrated dreams. They form a strange, mutually exploitative pact to break the stranglehold of their family roots.