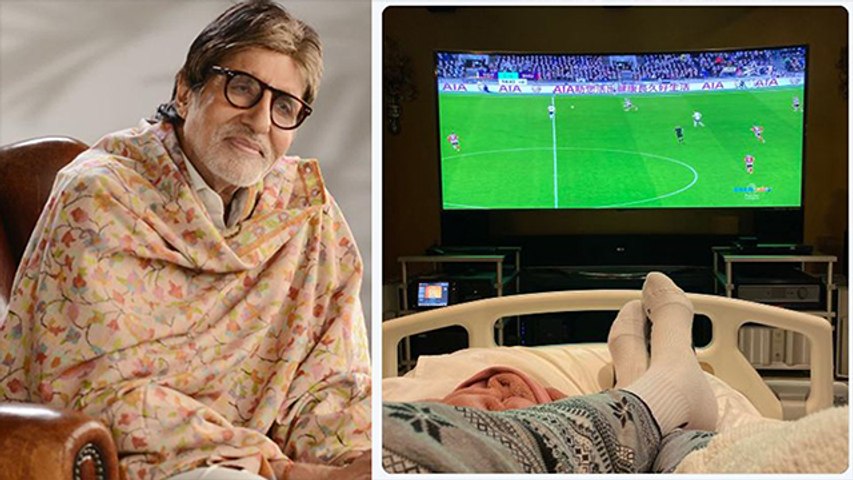 Bollywood megastar Amitabh Bachchan took to his blog post and gave an update about his health. He also expressed his regret for not being able to attend the ongoing Kolkata International Film Festival. In the post, he wrote, "the left overs of incidents from the times of DON and the cracks and breaks now playing up .. and placing themselves in important avenues which restrict movement .. at times of this it may be of interest too .. to the body , but not the mind .." (sic)

He also attached a photo of himself lounging on what looks like a makeshift hospital bed, watching an English Premier League match on his television. See the photo for yourself here:

On November 7, the actor informed on his blog that his doctors have advised him to take time off work. He wrote, "The tunnel at the NSSH... indeed several tunnels and some more probing with the meter in hand that sonographs.. a few on the side injectables .. at various locations on this mine field of a body.. some venus strips punctured and the fluids dripped in.. a few hard core instructions to follow.. and back to the grind, despite the stethoscope dressed messengers from heaven giving strong warnings of work cut off.. or else (sic)."

Earlier, Big B was admitted to Mumbai's Nanavati Hospital on October 15 and got discharged on October 18.

Shortly after getting discharged, Amitabh took part in the Sharjah Book Fair. According to a statement from the event's management, "Amitabh was unable to fulfil his scheduled attendance at the book fair on October 30 at 5 p.m., owing to health issues, which make him unfit to undertake overseas travel."

On the work front, Bachchan has a handful of movies lined up including Jhund, Chehre, Gulabo Sitabo and Brahmastra besides his TV show, Kaun Banega Crorepati. 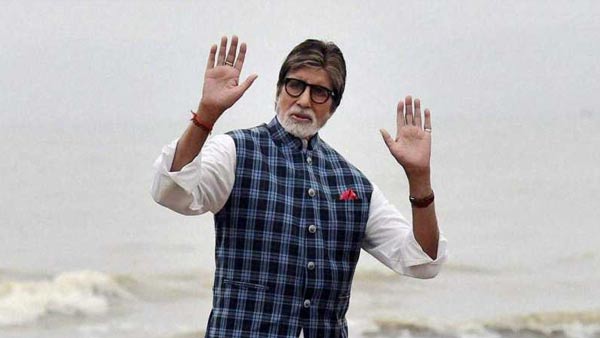