While people are speculating that Akshay Kumar's next spy thriller 'Bell Bottom' is a Hindi remake of a Kannada movie of the same name, the Mission Mangal actor cleared the air on Sunday stating that his film is original and is based on true events.

A fan asked on social media if the movie was a remake of a Kannada film. In no time, Akshay replied to the tweet saying, "Bell Bottom is not a remake of any film, it is an original screenplay inspired by true events." Take a look at his tweet here:

#BellBottom is not a remake of any film, it is an original screenplay inspired by true events. https://t.co/u4ADS8jf9N

The 'Padman' actor's response adds more excitement as this movie also joins the star's list of films based on true events including Rustom and Mission Mangal.

It is being said that Akshay will play the role of a spy in the movie, which is set in the '80s. In the first look poster, 'Khiladi Kumar' can be seen wearing a brown suit, sporting black glasses and a big moustache.

On the work front, Akshay Kumar shared his first look from Laxmmi Bomb during the auspicious period of Navaratri. In the picture, he can be seen cross-dressed in a bright red saree, posing in front of an idol of Goddess Durga. It is a remake of the Tamil movie 'Kanchana' from the 'Muni' franchise and is being produced by A Cape of Good Films Production in association with Shabinaa Entertainment and Tusshar Entertainment House. Raghava Lawrence, who directed the original, helms the remake as well.

Meanwhile, the actor is still on cloud 9 with the success of his latest film Housefull 4, which collected about Rs 109 crore at the box office within five days of release. 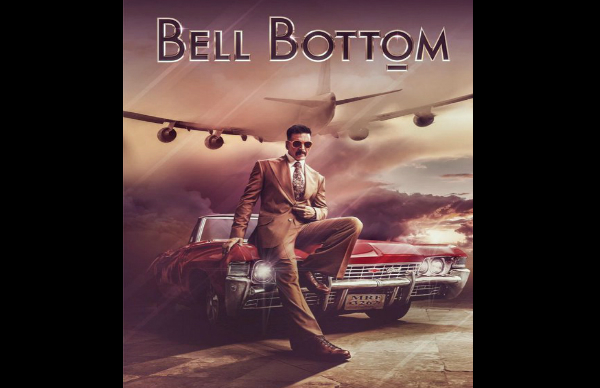