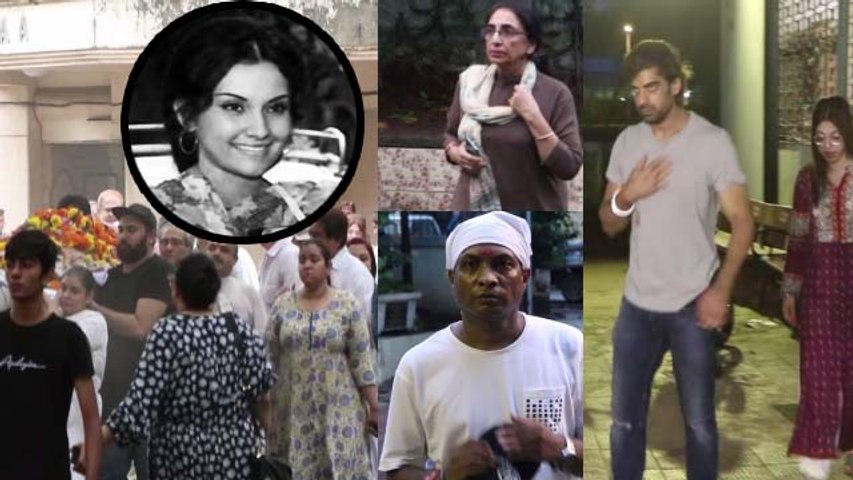 Vidya Sinha has passed away at the age of 71, due to lung cancer. According to a report in Spotboye, yesteryear actress Vidya Sinha was in a critical condition and was rushed to the CritiCare hospital two days ago. The report stated that Sinha was in the ICU (Intensive Care Unit). Vidya was diagnosed with both lung and cardiac disorders. The actress passed away today, at 12 in the noon. She had developed the lung disorder a few years ago.

Reportedly, she also suffered from cardiac disorder and was asked to undergo angiography. However, her family wasn't supportive of the idea, hence she didn't get the procedure done.

She was known for her films Rajnigandha and Chotti Si Baath. Vidya was also known for her role in television soaps, including the recent Zee show Qubool Hai and Kulfi Kumar Bajewala.She was the daughter of Indian film producer Pratap S. Rana.

According to Times of India reports, the actress was missing from her show Kulfi Kumar, owing to her ill-health and frequent hospitalization. She was back on the sets a few weeks ago.

On the personal front, her marital affairs were quite controversial. In 2009, she filed a police case agianst her second husband Netaji Bhimrao Salunkhe, accusing him of mental and physical tortured.