The beautiful Kangana Ranaut turned a year older today and she celebrated her birthday with the media by cutting a cake. Kangana is an actress who is on top of her game in the Bollywood film industry. Karishma Kapoor looked stunning in a black lehenga when she walked the ramp at the Bombay Times Fashion Week. Another actress, Dia Mirza too walked the ramp for designer label Ancestry and she looked gorgeous as well. See pictures of these amazing women!

The beautiful and spunky Kangana Ranaut turned a year older today and she did something very special on her birthday. Kangana cut a delicious looking chocolate birthday cake with the media and celebrated her birthday in their presence. Kangana looked classy as always in a light pink saree, with her hair done up.

On The Work Front For Kangana

Kangana recently returned from a ten day silence meditation camp which she said was a gift for herself for her birthday. On the work front, after the fantastic success of Manikarnika: The Queen Of Jhansi, Kangana is now geared up for her next film Mental Hai Kya. She will be starring alongside Rajkummar Rao, Amyra Dastur, Jimmy Shergill and others in the film.

The gorgeous Karishma Kapoor walked the ramp at the Bombay Times Fashion Week 2019 today. She was the show stopper for the designer Anshu Jain, and she stunned in a black lehenga with glittering stars embroidered all over it.

Dia Mirza too was another show stopper at the Bombay Times Fashion Week 2019 on Saturday. Walking for the designer label Ancestry, Dia looked drop dead gorgeous in a beige Indo-western outfit with floral print on it. Dia was last seen in Raju Hirani's film Sanju, which was a biopic on Sanjay Dutt. 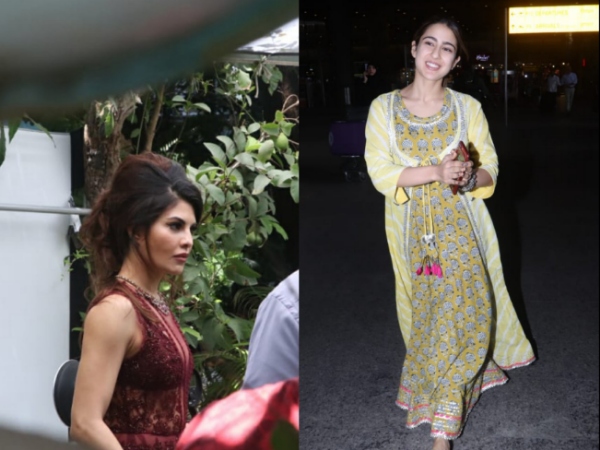 MOST READ: Sara Ali Khan Flashes A Beautiful Smile At The Airport; Jacqueline Fernandez Spotted At A Photoshoot