Kareena Kapoor Khan was snapped by the paparazzi when she was at an ad shoot on Saturday afternoon. Kareena managed to make her casual attire look totally glamorous. She was wearing a light blue shirt tucked with high rise denims. On Friday night, Kareena received the HT Most Stylish Award (jury‘s choice) under the female category. We have to say, the award could not have gone to anyone else.

Ranveer Singh is a busy bee these days as he is filming for his next film '83, a biopic on former Indian cricket team captain, Kapil Dev. Ranveer was spotted at a recording studio in the city on Saturday afternoon and he smiled for the cameras. As always, Ranveer was dressed quirky, wearing a light pink t-shirt with colorful harem pants and a pair of light pink sneakers.

Kiara Advani decided to keep it casual chic when she was spotted out and about in the city on Saturday. Kiara wore an orange camouflage dress which she teamed with a light wash denim jacket and red flip flops. She accessorized with a silver Fendi handbag and a snazzy pair of sunglasses. Kiara just wrapped up the shoot for her next film, Kabir Singh, in which she will star opposite Shahid Kapoor.

Janhvi Snapped At A Popular Cafe

Janhvi Kapoor kept her look laid back and casual when she headed to a popular café in Mumbai city. Janhvi was wearing a light blue tank top with black shorts and a cute pair of pink sandals. On the work front, Janhvi is currently prepping for the role of Gunjan Saxena, an IAF combat pilot, in a biopic on her. 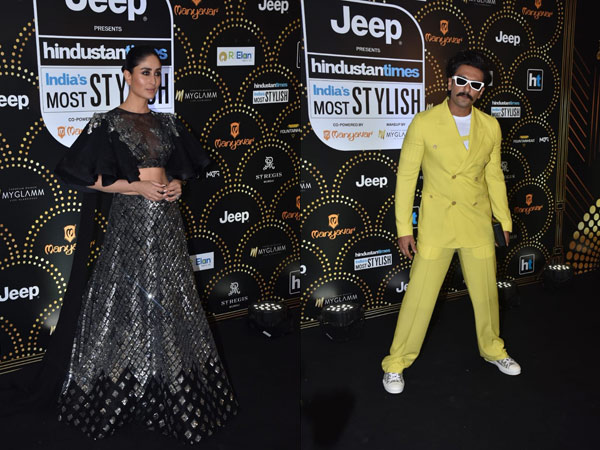