Ranveer Singh was out and about in the city on Wednesday afternoon and he was snapped by the paparazzi. Kriti Sanon sported a casual avatar when she visited a salon on Wednesday evening. Rajkummar Rao and Amyra Dastur were snapped on a film set by the paparazzi. Salman Khan looked cool in an all black avatar when he was snapped. See these pictures of the celebrities.

Ranveer Singh was at a recording studio on Wednesday afternoon when he got clicked by the paparazzi. Ranveer sported a Gully Boy t-shirt with a pair of grey shorts and a black hat. He wore a pair of dark grey sneakers and smiled for the shutterbugs. Ranveer has been working on his next movie, '83, which is a biopic on former Indian cricket team captain, Kapil Dev.

Kriti Sanon decided to indulge in a salon session on Wednesday evening, and she was snapped post that. Kriti stepped out in a casual avatar, sporting a graphic white t-shirt with ripped jeans and a pair of white sneakers to complete the look. Kriti has been reveling in the success of her last film, Luka Chuppi, in which she starred opposite Kartik Aaryan.

Rajkummar Rao On A Film Set

Rajkummar Rao was snapped by the paparazzi on a film set. He kept it casual with a grey t-shirt, ripped jeans, and a pair of black sneakers. He accessorized with a black hat, and a Louis Vuitton bag.

Amyra Dastur Snapped On The Same Set As Rajkummar

Amyra Dastur was also snapped on the same set as Rajkummar. She looked pretty in a strapless navy blue top teamed with a denim skirt and a pair of metallic sneakers. She accessorized with a cool pair of sunglasses, a black hand bag, and a statement neckpiece. It looks like Rajkummar and Amrya were shooting for the film Mental Hai Kya, which also stars Kangana Ranaut.

Salman Khan In An All Black Look

Salman Khan was snapped by the paparazzi, looking cool in an all black avatar. He smiled for the cameras wearing a black t-shirt with black denims, and formal black shoes. 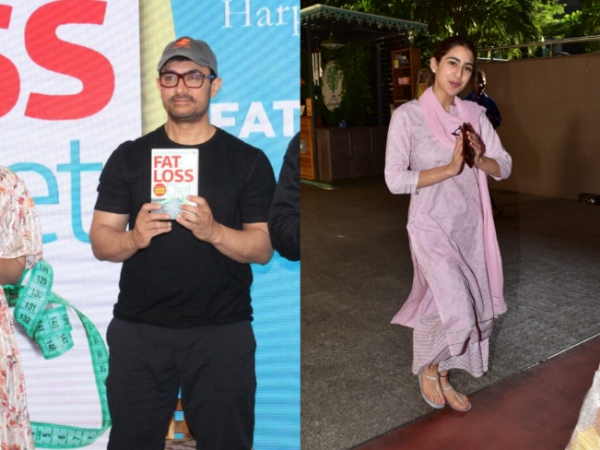