Abhay Deol and Kalki Koechlin starrer Dev D is a cult classic which is remembered even today. In an Instagram post, Abhay recalled how the film was made by getting Anurag Kashyap on board as its director.

The film is based on Sarat Chandra Chattopadhyay's Bengali novel, Devdas. Abhay shared how, knowing that the male protagonist was a chauvinist, entitled and arrogant, he wanted to empower the women in the story. He also revealed that he had a darker ending in mind, but Anurag thought that a happy ending would suit the audiences better.

He continued, "I spent a year narrating the idea to several people before I got Anurag on board to direct it. I remember people's reaction upon hearing my narration, it was always, "it's too much of an art-film". Lucky for me Anurag got it."

Talking about the book, Abhay wrote, "I had read the book and I could see that the character was a chauvinist, a misogynist, entitled, and arrogant. Yet he had been romanticized for decades! The women on the other hand were strong and had integrity, but there was still that expectation for them to love their man no matter what. I wanted to change that. I wanted to empower them, shed the image of the "good, devoted, woman". It was time to make them independent, not defined by the man they love, or by men in general. Which is why Paro calls out Dev's faults and puts him in his place."

He continued, "In my version Dev gets shot by the police (he becomes a drug dealer) outside Paro's house and dies just like in the book. Chanda does not fall in love with him, and neither is she ashamed of being an East European high class escort (again, in my version 😊). She's the strongest character of the 3, and isn't afraid of being judged. She does empathize with Dev, seeing how broken he is, and I went with the "prostitute with the heart of gold" theme from the book."

Abhay concluded, "Anurag felt a happy ending would make the film more accepted by the audience, and his twist was to have Dev & Chanda fall in love. My vision was too dark! I went with the flow, and even brought my buddies @twilightplayers to feature in it. The rest is history. #makingwhatbollywouldnt #dev.d"

In a recent interview, Anubhav had shared that it had been difficult to work with Abhay in the movie. Dev D also starred Mahie Gill. 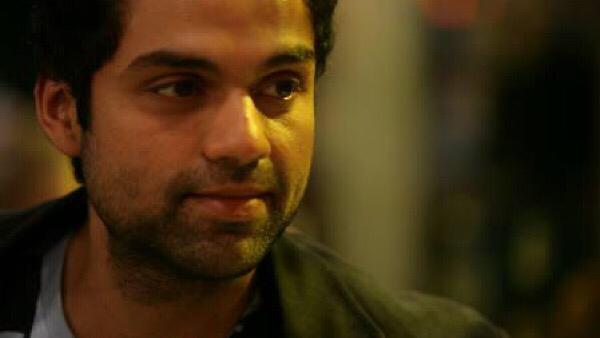