Abhishek Bachchan, who recently recovered from COVID-19 and is all ready to get back to work, opened up about whether he takes home the characters he plays, and how his characters have helped him transform as an actor.

Abhishek spoke about how long his characters remains with him after a shoot, in an interview with IANS. "I think as actors, you tend to slowly disconnect as the shoot finishes. Partly because you don't get the time -- you move onto the next project. Also because, at least for me, I try not to take my work home. Certain remnants stay on but not much," he said.

The actor recently made his web series debut with the Amazon Prime show Breathe: Into The Shadows. The crime drama thriller, which was directed by Mayank Sharma and produced by Abundantia Entertainment, also starred Amit Sadh and Nithya Menen in lead roles.

Talking about how the characters he plays help him in his life, he said, "You learn from each character you portray. From my first film onwards there's always been something or the other I've learnt or imbibed from each role. It's most enjoyable. Many a time when confronted with a particular situation in life, I do think, how would have a certain character responded or reacted'."

Abhishek will next be seen in The Big Bull, a biographical crime drama film which has been directed by Kookie Gulati. It also stars Nikita Dutta and Illeane D'Cruz in supporting roles. 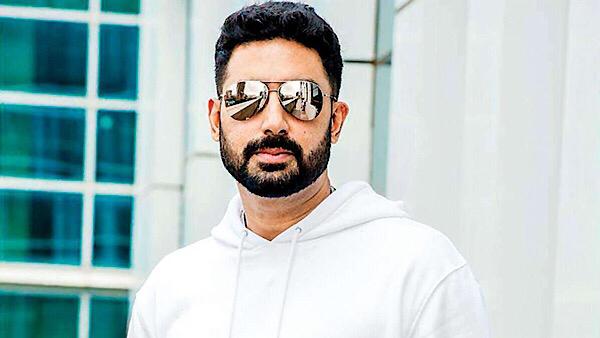 ALSO READ: Abhishek Bachchan All Set To Get Back To Work, Talks About The Good Changes Brought By OTT