Chhapaak, which is just two days away from its release, is in the middle of a couple of controversies. After Deepika Padukone, the lead actor in Chhapaak, visited Jawaharlal Nehru Univerity on Tuesday night and stood in solidarity with the students who had been attacked by a masked mob, a segment of Twitterati, unhappy with her stance, have called for a boycott on Chhapaak.

Chhapaak is a film on the indomitable spirit of an acid attack survivor, the story of which has been inspired by Laxmi Agarwal. On Wednesday, another segment of Twitterati stirred up trouble for the film, trolling Meghna Gulzar for alleged hypocrisy, as she had supposedly changed the religion of the attacker in the film from 'Muslim to Hindu'.

In the case of Laxmi Agarwal, her attacker was named Nadeem Khan, but Meghna has allegedly changed the name to Rajesh, thus implying that he was a Hindu. 'Nadeem Khan' and 'Rajesh' began trending on Twitter on Wednesday.

Leading daily, Hindustan Times did a fact-check on this issue, and stated that this is in fact not true. In the film, Laxmi's name has been changed to 'Malti', and her attacker's name from Nadeem to 'Babboo', which is short for 'Bashir Khan'. It states that Rajesh is the name of Malti's boyfriend.

The strong stand against Chhapaak has been taken only after Deepika's symbolic show of solidarity with students and faculty of JNU who were victims of mob violence. Many claimed that this was a promotional stint on her part. However, the Bollywood film fraternity has strongly supported Deepika for her gesture, reasoning that she did this even though it was very risky ahead of Chhapaak's release. Many netizens have hailed Deepika as the 'real hero' of Bollywood. 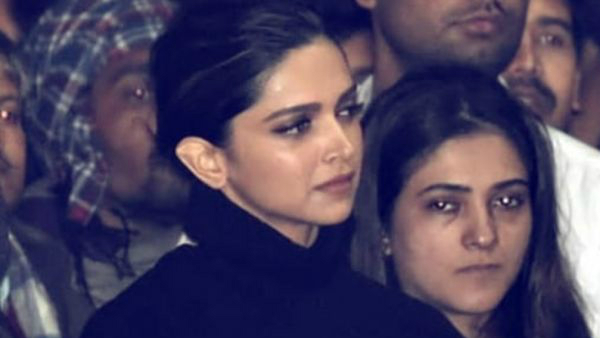