Harshvardhan Kapoor's biopic on Olympic gold medallist Abhinav Bindra, after a delay of three years, is finally going on the floor with father and veteran actor Anil Kapoor. The official announcement was made by the makers on Sunday.

The film which will see Harshvardhan Kapoor as the gold medallist shooter, will start Anil Kapoor in the role of Bindra's father in the film. This will be the second time Anil will be playing the father for his kid on-screen after last years, Ek Ladki Ko Dekha To Aisa Laga, with Sonam Kapoor.

Anil Kapoor shared the picture with son and Bindra on Instagram and wrote, "The Beginning," The picture shows all three in black attires ready to get down to business. Take a look:

The Abhinav Bindra Biopic is highly based on Bindra's autobiography, titled, A Shot at History: My Obsessive Journey to Olympic Gold and Beyond. Back in 2017, Harshvardhan announced on social media that he was thrilled to be part of the biopic. "Beginnings are very special. Especially when you get to play a character that has made the nation proud on the world stage.

"I am stoked to have been chosen to play #AbhinavBindra and hopefully will do justice to the man, the legend! Like the man himself said, 'Hard Work is a talent.' #LetsDoThis," he added.

Harshvardhan's superhero film Bhavesh Joshi came out a year later in 2018, as his third film and got him some fame at the time, but the actor has mostly stayed away from the limelight in prep for his next project.

ALSO READ: Anil Kapoor Reveals The Story Behind His Tattoo In Malang! 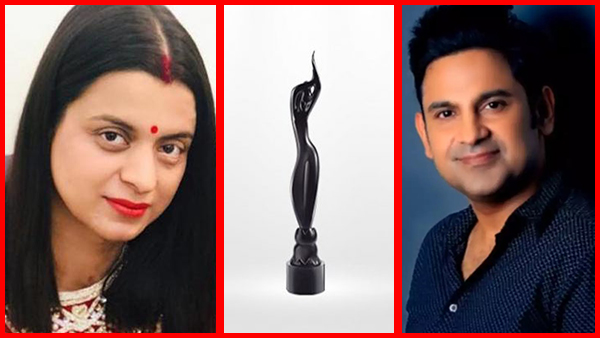