Anil Kapoor and Anurag Kashyap starrer AK vs AK premiered on Netflix today (December 24, 2020). The film is one of a kind film which features Anil and Anurag playing themselves with cameos by Anil's children Sonam and Harshvardhan Kapoor. The plot involves Anurag kidnapping Anil's daughter Sonam out of revenge, and Anil having to rescue her while being filmed the whole time.

Speaking about working in this film, Anil told Hindustan Times that he would not have said yes if Vikramaditya Motwane wasn't directing it. He further said that he staked his reputation on the film.

"That's your instinct, the choices you make. I've seen Vikram's work in the past, and I knew that I'm in safe hands. So when you take these kind of chances and put your entire career at stake, and your entire image at stake, which you have built, no matter what happens, no matter how liberated (you feel), no matter how broad-minded you are...," said Anil.

"To be so secure that you're putting that at stake, and involving (daughter) Sonam, (son) Harsh, everyone is playing along with it... For me, that's where the real courage is." He said, "I don't have much at stake, if anything, this cements my reputation," added Anil. 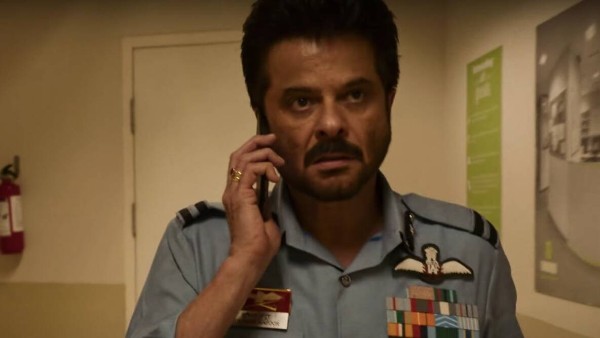