In a recent interview, filmmaker Anurag Kashyap got talking about how the emergence of OTT platforms is leveling the playing field for artists in the Hindi film industry. He shared that the nepotism debate was more relevant in the 2000s, but has become redundant now.

Anurag also claimed that Ranveer Singh, who is now thought to be an insider of the film industry because of his distant connection with Anil Kapoor's family, suffered numerous rejections in his career. He revealed that Ranveer was his choice for his film Bombay Velvet, but the production houses did not back the choice.

Talking to Faye D'Souza about the rejections that Ranveer had to face, Anurag said, "However much people call him an insider because of some remote connection, from two generations before, the man has struggled. Ranveer Singh was rejected in an audition in Shaitan. Ranveer Singh is an actor who when I wanted to cast him in Bombay Velvet, I had a tough time. My studios and nobody believed in me and told me they will not give me money if I made the film with him. So even that Ranveer Singh, that I know two personal stories of my own production that rejected him, he is a star today."

Bombay Velvet ultimately starred Ranbir Kapoor and Anushka Sharma. The film was a critical as well as commercial failure. It was directed and co-produced by Anurag.

On the nepotism debate, Anurag said, "See nepotism was a debate of 2000, the early decade. Right now, with OTT coming into the picture, that debate is pointless. There are much more opportunities on OTT, there are much more outsiders coming in. That was the time I fought that battle. When me and Kangana were friends and were like 'We will do this film'. How many people believed in Queen? Nobody did. We went down and fought that battle. This industry was about supporting their people, like any other business."

Anurag and Kangana's friendship has turned visibly sour in the recent past. The filmmaker has expressed disappointment in Kangana's views on many things which he thinks are exaggerated and untrue. 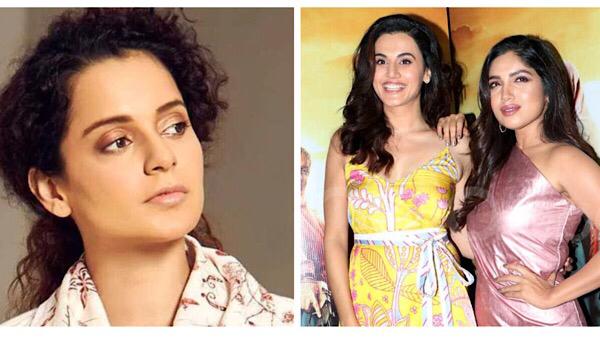