Joining other actors and celebrities of the Hindi film industry, Chitrangda Singh too has slammed the media trial of Rhea Chakraborty in the Sushant Singh Rajput death case. She said that the extreme way in which Rhea is being judged, labeled and vilified even before the due process of law, has bothered her.

Speaking to Times of India, Chitrangda said, "It definitely bothers me because it's too extreme at times. You want to sit and judge people and their moral character so easily. I feel one should refrain from doing so because it's affecting people and their families a lot. Yes, I do believe in justice but the fight for justice should be for everyone. A person is innocent until proven guilty. There's a popular saying, 'It's better that 10 guilty men go free than one innocent man be wrongly convicted.'"

She went on to raise important questions on the subject. "Media trials can do a lot of damage to a person's life. Suppose, hypothetically speaking, what if this person is found innocent at the end of it? So much damage has already been done to them and their peace of mind socially and it's not fair," she said.

Chitrangada added, "One should sit back and think about it as much as we are looking for justice. A little moral decency needs to be observed. Let law take its course. It might take its time but in the meanwhile, we should be compassionate a bit. What if Rhea is not guilty? Think about 'what if' before passing judgments."

Others like Taapsee Pannu, Hansal Mehta, Anurag Kashyap, Swara Bhasker, Vidya Balan, Lakshmi Manchu and many more have raised their voice against the vilification and witch-hunt of Rhea while seeking justice for her late boyfriend Sushant. 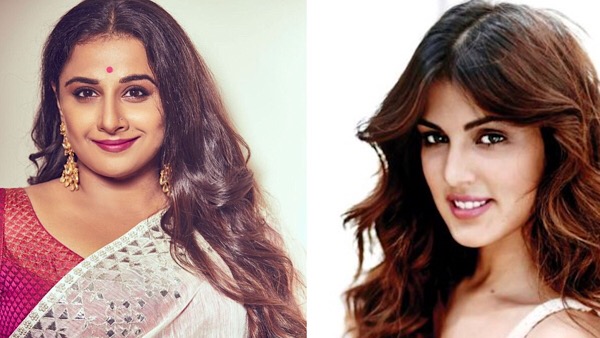