Ananya Panday won her first major award some time back, when she took home the Filmfare for Best Debut for her performance in Student Of The Year 2. Her father Chunky Panday was the proudest of all, as he apparently asked her to keep the Black Lady in the living room, so that the family could look at it all day!

Admitting that she had been practicing her speech for the award since she was five, Ananya told Mumbai Mirror, "I had practised it so many times, but when I went on stage I forgot everything. Winning a Filmfare Black Lady is a big deal for me. My mom (Bhavana Panday) was there with me and how I wished dad was there, too. But I gave the trophy to him when I reached home."

She added that her dad told her to keep the award in the living room, "So the family could look at it the whole day."

Not only Ananya, but even her dad Chunky Panday was overwhelmed with her Filmfare win. In a previous interview, Chunky had shared that it was a big deal that his daughter had won it since he never won a Filmfare despite being nominated.

In terms of work, Ananya was last seen in Pati Patni Aur Woh, a remake of the 1978 film with the same name. Directed by Mudassar Aziz, the film co-starred Bhumi Pednekar and Kartik Aaryan. Next, Ananya will be seen in Khaali Peeli opposite Ishaan Khatter. It is being directed by Maqbool Khan and is set to hit screens on June 12, 2020. She has also signed a Shakun Batra directorial co-starring Siddhant Chaturvedi and Deepika Padukone. 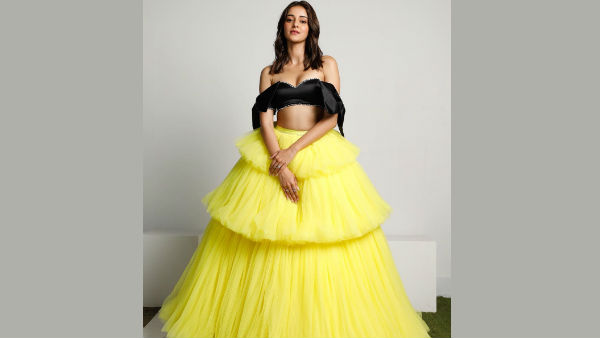 ALSO READ: Filmfare Awards 2020: Ananya Panday Gets Trolled Over Her Outfit; Netizens Say 'Too Much Struggle'