Diljit Dosanjh had a ton of praises to shower on his Good Newwz co-star Akshay Kumar in a recent interview. Diljit is appreciative of Akshay's comic timing, saying that he is like the character of Mr. Bean (played by Rowan Atkinson). He also revealed that he did not know what In-Vitro Fertilisation (IVF) is before the movie, and had to search it online to find out!

Speaking to Pinkvilla in an interview, Diljit said, "Akshay sir's comedy timing is very good, especially after 2012-13, he is choosing different subjects and it is very inspiring. Akshay sir is very good at comedy. He has so much energy in him. He not only expresses with his dialogues but also his body. He is like Mr Bean. It is very difficult to pull this off and Akshay sir can do it extremely well."

Good Newwz is a film on IVF, and a goof-up that two couples get caught in while trying to conceive this way. When the trailer released, some of his friends told him that they had had babies through IVF, which he was stunned to hear because he never knew about it. Diljit is glad that the film will raise a certain level of awareness on this subject.

Apart from Diljit and Akshay, Good Newwz also stars Kiara Advani and Kareena Kapoor Khan. The film is directed by Raj Mehta, and it has opened to a positive reception from audiences. 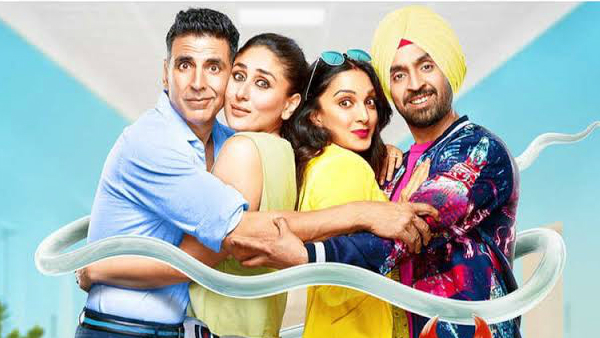