Disha Patani, upon whom half the nation has a crush, joked that her life has been rather sad because she has never been proposed to. The actress shared how since her school days no one ever asked her out, and that has stayed a reality even now as a big Bollywood celebrity.

During a promotional interview for Malang, Disha opened up about how her life circumstances have been such that no one asks her out. "Kisi ne propose hi nahi kiya, actually. School mein tomboy thi (Actually, no one ever proposed to me. In school, I was a tomboy)," she said.

She continued, "Dad police mein the, kisi ne poocha nahi kabhi. Phir college mein bhi kisi ne nahi poocha. Phir idhar aa gayi. Idhar koi party-varty mein nahi jaati hoon, toh mili nahi kisi se. Sad life rahi hai kaafi (My dad was in the police, so no one ever asked me out. Even in college, no one asked me out. Then I entered Bollywood. I don't go to parties and all, so I haven't met too many people. My life has been rather sad)."

Disha has been rumoured to be dating her Baaghi 2 co-star Tiger Shroff. The two are seen together on many dates and events, but have never confirmed or denied being in a relationship.

The actress has been praised for her performance in her latest release, Malang. The crime-thriller has received positive reviews from critics, and opened to a great reception by audiences. Disha stars alongside Aditya Roy Kapur, Kunal Khemu and Anil Kapoor in this Mohit Suri directorial. 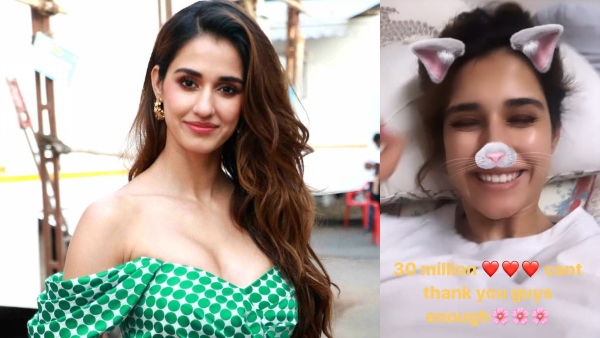