Janhvi Kapoor and Khushi Kapoor constantly keep dropping sister goals. Although Janhvi is the elder one, she says that her Khushi is more mature and independent. Janhvi feels that their roles are reversed in reality.

Speaking to Filmfare, Janhvi revealed, "I am like the imbecile, immature, childish younger sister and she is the protective, sensible, independent elder sister," adding that it is Khushi who started making videos on TikTok to stay occupied during the lockdown. "Khushi started this TikTok thing. She is only doing that. Suddenly at 3am, she is doing her makeup and making these TikTok videos. I think we are very close to losing it but we are hanging by the thread," she said.

Janhvi has a number of movies lined up for release. When asked if she is open to the release of her next two films, Gunjan Saxena and Roohi Afzana on OTT platforms, as many are considering due to the lockdown, she said, "I am glad both these films are complete. I don't know how things would have panned out had the shootings not been completed. Gunjan Saxena and Roohi Afzana are ready, while Dostana we have shot around 40%. We have about 20 days of VFX work pending in Gunjan Saxena film."

Gunjan Saxena: The Kargil Girl is based on Indian Air Force pilot Gunjan Saxena, who was the first woman to fly into combat. The film is directed by Sharan Sharma, and it also stars Pankaj Tripathi and Angad Bedi. The film was scheduled for release on April 24, but has now been postponed indefinitely.

Roohi Afzana, on the other hand, is a comedy horror flick which has been directed by Hardik Mehta. The film also stars Rajkummar Rao and Varun Sharma. 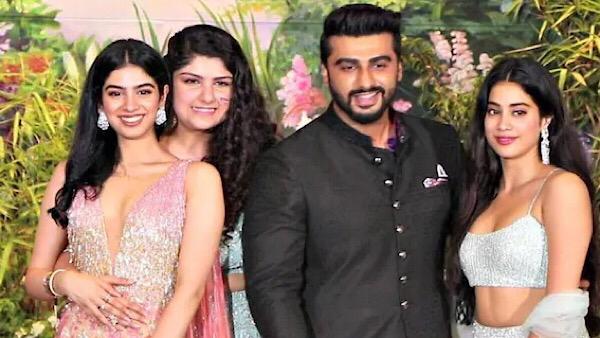