Deepika Padukone has received support and praise from Raghuram Rajan, former Reserve Bank of India (RABI) governor, for her silent protest at the Jawaharlal Nehru University (JNU) in Delhi. Deepika had visited the JNU campus after a mob of masked men and women had attacked university students and teachers on Janaury 5, 2020.

Without naming Deepika, Rajan wrote in a blog that the actress had showed that for some people, truth, freedom and justice are not just lofty words but ideals worth sacrificing for.

In a blog titled 'A Resolution for the New Decade', Rajan wrote, "When a Bollywood actress registers her silent protest by meeting with the victims of the attack on JNU, even though she puts attendance at her latest movie at risk, she inspires us all to take stock of what is truly at stake."

The former RBI governor further wrote, "When elite universities become literal battlegrounds, accusations that the government is attempting to suppress dissent - even if by apathy rather than design - gain substantial credibility," adding that the citizenry bear equal responsibility because they put the leaders in office. "Democracy is a burden to keepers of our Republic, not merely on election day but on every day," he wrote.

Deepika Padukone has received both support as well as criticism for the strong stance that she took against the violence which shook the university. Many people noted that she did not make any indication as to her political allegiances, but simply stood in solidarity with those who were attacked. 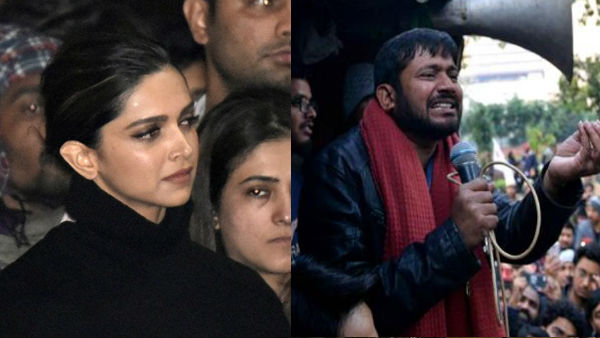 ALSO READ: 'Deepika Padukone Was Patriotic Before, Now She Is A Traitor': Kanhaiya Kumar On DP's JNU Visit