Kangana Ranaut recently inaugurated her new office space in the heart of Mumbai, at Pali Hill. The gorgeously designed bungalow, which she bought for Rs 48 crore, will also serve as office for her production house, Manikarnika Films.

In a recent interview, Kangana revealed that her family was completely against her buying the bungalow, and was suggesting she rent an office space instead. But Kangana knew what she wanted to do.

When Kangana's Plans To Build Her Own Studio Didn't Work Out

Speaking to Pinkvilla, Kangana revealed the plan she had earlier, with regard to making an office space. "The idea was to build my own studio. But in between, some of my films hadn't work, like Rangoon and Simran. It's actually a very expensive property in the heart of Mumbai. It's a bungalow, not a flat. So it took a setback, but then after Manikarnika, things changed again and I could rebuild it the way I wanted to. I could have done the basic thing and moved in," she said.

Her Family Didn't Like The Idea Of Her Buying A Bungalow

Her family was opposed to her decision to buy the bungalow. She said, "Everyone told me you could have worked anywhere else. Why don't you just rent an apartment instead? I told them I can't go to those glass chambers where there's no life. I need organic fabric, plants around me. My family was like: yeh itni sari demands leke direction mein struggle karne ja rahi hai. My sister is like, she's a diva, tum struggling director ho?"

They Thought It Was A Waste Of Money

She continued, "My CA told me why are you putting the money in this property? Usually, the studio that is backing the project they give you a place to work and the rent for it. He's asked me to put my money in bonds, or in a restaurant where there would be 40-50 lakhs rent eventually. So there was a group of people from my parents to my CA and my sister who were after my life. So going against the family never really stops. And I was like, 'Can I just do what I want to do?' They felt I'm wasting my money. It was a challenge and I still feel that going forward, I will figure it if it was a good investment or not."

With regard to work, Kangana was last seen in Panga, also starring Neena Gupta, Jassi Gill, and Richa Chadha. She will next be seen in Thalaivi, a biopic on Tamil Nadu's former Chief Minister, J. Jayalalitha. The film will release in Hindi, Tamil, and Telugu. 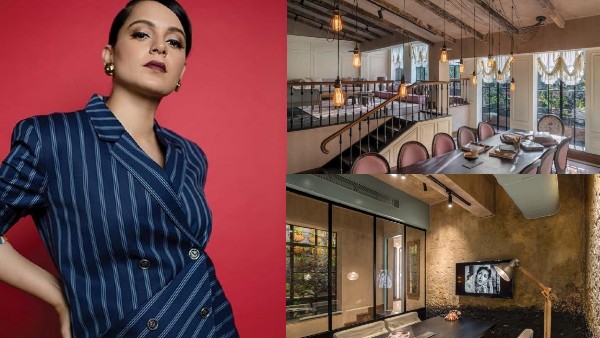