After Kubbra Sait called out and reported Kangana Ranaut's official Twitter handle for spreading hate and negativity, she became the latest to be targeted by Kangana. Kubbra opened up on why she felt the need to report Kangana's Twitter handle, which was then being handled by the latter's social media team.

Kubbra opened up on her reason for reporting Kangana's Twitter handle. Saying that all she wants is people to be responsible and kind, she explained, "Yes, I did report that account because somewhere I felt Kangana's spokesperson was going wrong, and unnecessarily stirring up a storm. I never said Team Kangana Ranaut is Kangana Ranaut the actor, but the former does have the validation of the latter, right? When you have a huge following, you also have a bigger responsibility!"

Kubbra didn't have much to say about Kangana officially taking over her Twitter handle. "Let things play out the way they are, right now I just want to concentrate on my work. I said what I had to already, the intention was never to pass on any judgments but to give an opinion," she said.

Not okay with the hateful, uncompassionate attitude of Kangana's Twitter handle, the Sacred Games actress said, "They've been saying mean things, taking a jibe on Ayushmann Khurrana, Deepika Padukone - I mean everyone has a journey. Kangana is called a queen for her extraordinary journey. No one is questioning that. In fact, she inspires many. Par ek tareeka hota hai bolne ka."

She also revealed that she started receiving death threats from Kangana's followers. "These people, who aren't even a part of the industry have an opinion about it. Shouldn't they just come here, test it before saying so much?" said Kubbra.

Kangana's sister Rangoli Chandel's Twitter handle was recently suspended by the social media platform after a tweets spreading hate towards a particular community. 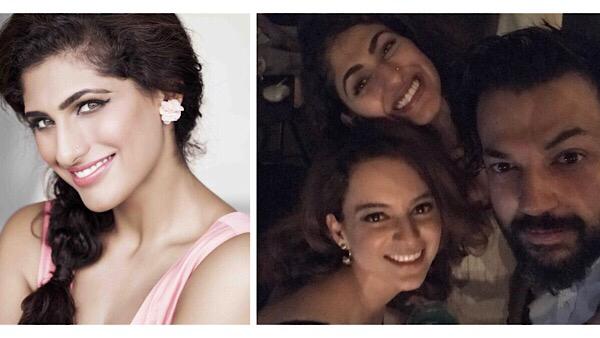