It is the New Year and a new decade. Many bollywood celebrities have been taking to social media to reflect on their journeys of the past year and wish all their fans a, 'Happy New Year'. On Wednesday, Malaika Arora shared New Year greetings on Instagram with an adorable picture with her beau Arjun Kapoor. Check it out.

Malaika welcomed the New Year by planting a kiss on Arjun's cheek. Sharing the photo on Instagram, she captioned it, "Sun,star,light,happiness.......2020" (sic). The comments section was filled with love from fans, friends and family. Arjun's aunt Maheep Kapoor left a heart emoji on the post.

Malaika rang in the New Year with Arjun, her sister Amrita Arora and husband Shakeel Ladak, actor Kim Sharma and other friends in Goa. The gang attended the Sunburn electronic dance-music festival, and shared many pictures.

Arjun and Malaika are often snapped on dinner dates and attending events together. They had kept their relationship under wraps for a long time but it was always speculated that they were together. In May last year, Arjun confirmed the relationship while talking to Filmfare. He said that he felt comfortable talking about it because the media had given them enough dignity and space. 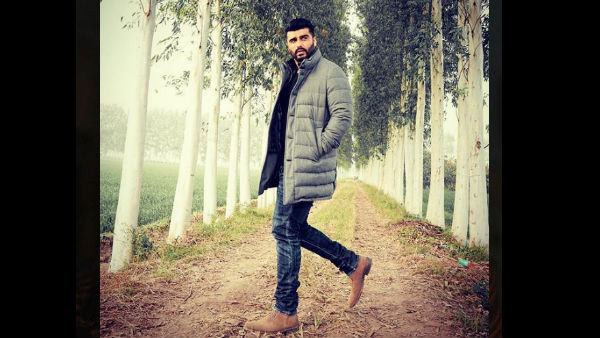 ALSO READ: Malaika Arora On Being Subjected To Constant Trolling: I Don't Care And I Don't Bother