Mouni Roy is all set to make her OTT debut with the upcoming film London Confidential, in which plays a RAW agent. In a recent interview, Mouni opened up about shooting for the flying to London to shoot the film amidst the COVID-19 pandemic and how they took extraordinary measures to keep everyone safe. She also spoke about what acts as a deciding factor for her to say yes to a project.

In an interview with Hindustan Times, when Mouni was asked what drew her to OTT, she said, "The film that I shot for is called London Confidential. It will start streaming on Zee5 from September 18. It is a spy thriller. I'm playing Uma, a RAW agent who tries to unearth a Chinese conspiracy against India. It was a rather unique experience shooting for the film."

She continued, "We flew to London amidst the on-going Covid-19 pandemic for the shoot. On the set, it was all about adhering to social distancing norms. I was a little worried and anxious initially. The entire set used to be sanitised every day. In fact, we used to sanitise our scripts before picking them up. But overall, it was a memorable one."

Saying that it is the script that drives her to a film, Mouni continued, "In this case, I really loved the story. I thought it would be nice to play a character that I haven't played before. I've always been keen on becoming a part of a project with a meaty female part. It required me to take on a certain body language and that helped me challenge myself. I keep looking for parts that help me push the envelope and move out of my comfort zone." 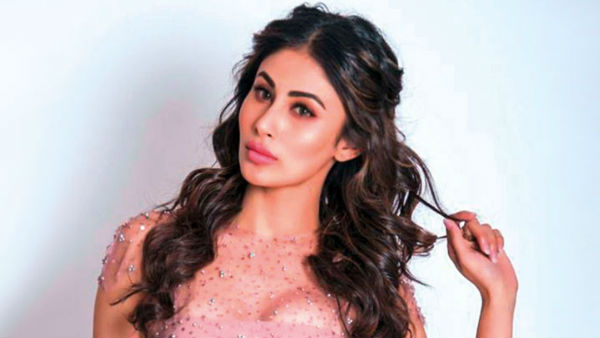 ALSO READ: Mouni Roy On Being Stranded In UAE Amid COVID-19 Crisis: 'Didn't Imagine World Will Shut Down'