Even though actress Neena Gupta has been in the industry since a long time, her second innings started when Badhaai Ho hit the theatres. The audience was in awe of Neena Gupta's act in the film, and since then, Gupta has been doing not only films, but web series too. Though Neena's present work life is quite happening, we can't say the same about her initial days in Bollywood. In her latest tete-a-tete with a leading daily, Neena Gupta revealed why she did not get lead roles in her youth, and partly pinned the blame on herself. 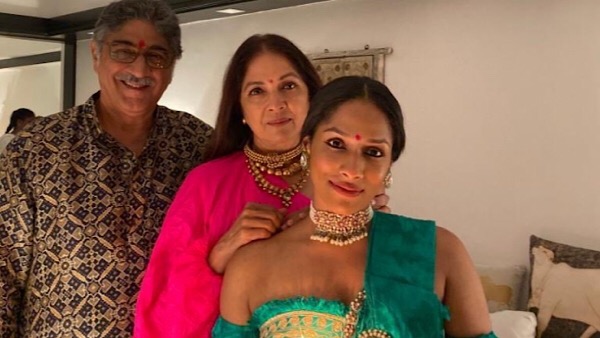 Neena Gupta Told Masaba That Marriage Is Important In This Society; 'Or Else You Don't Get Respect'

Neena Gupta said, "When I say that I had an image of a strong woman, I am referring to the image created by the media. See what I am in my actual personal life, nobody knows. Maybe I am not strong in my personal life. How will anybody know? Now, the heroine in those days was not portrayed as someone strong, more often than not. Generally, she was someone who compromised with the circumstances and sacrificed a lot."

Neena Gupta further added that she feels an actor has to be very careful about what image of theirs is created by the media, and the actor himself/herself is responsible for it.

The Shubh Mangal Zyada Saavdhan actress explained, "Like, they should know what he has to say and not say in his interviews. And even if they ask a few things, where should he/she draw the line? Those days, some of us were quite naive. Kisine kuch achcha bol diya toh usko kuch bata diya. Then, ek baat kahan se kahan chali jaati thi! Matlab kuch aur nikal jaata. If I have certain advantages because I am a public figure, I have certain disadvantages too. I have to learn to maintain decorum with what I say."

With respect to work, Neena was last seen in Masaba Masaba, a Netflix series based loosely on her daughter Masaba Gupta's life.

ALSO READ: Neena Gupta Reveals Her Reason For Believing In Destiny: I Met My Husband On A Flight