In yet another reaction to the drug probe being done in the Hindi film industry, Raveena Tandon said that celebrities are soft targets and that there are bigger fish involved. She alleged that the drug supply cannot happen without the blessing of local authorities and pointed out that if a war on drugs has to be declared, it should be attacked from the root up.

Raveena took to her Twitter handle to write, "The 'Big Guys' In my tweet. No drug supplying can happen without the ashirwad (blessings) of local authorities.Those are the Big fish that swim away unquestioned.If a Journo can reach the suppliers on stings. Can't the authorities sniff them out? Celebrities are soft targets."

She added in another tweet, "Suppliers hang outside colleges/schools,pubs,restaurants,a drug syndicate,involving powerful authoritative entities (big guys on the take(As in Bribes)who turn blind eye,let young lives get ruined.Uproot it from THIS core.Dont stop here,declare a full war against drugs Countrywide."

The drug probe in the Hindi film industry emerged from investigation of actor Sushant Singh Rajput's death. Sushant's girlfriend Rhea Chakraborty and a few others have been arrested by the Narcotics Control Bureau.

The probe has widened with actors Deepika Padukone, Sara Ali Khan, Rakul Preet Singh and other members of the film fraternity being summoned for questioning by the NCB.

In an earlier tweet, Raveena had written that it was high time for a clean-up and that the drug probe was welcomed. "Twas high time for clean up to happen.Very welcome!Will help our young/future generations.Start from here,surely,proceed to all sectors.Uproot it from its core.Punish th Guilty,users,the dealers/suppliers.The profiting Big Guys on the take,who give it a blind eye and ruin people," she had tweeted. 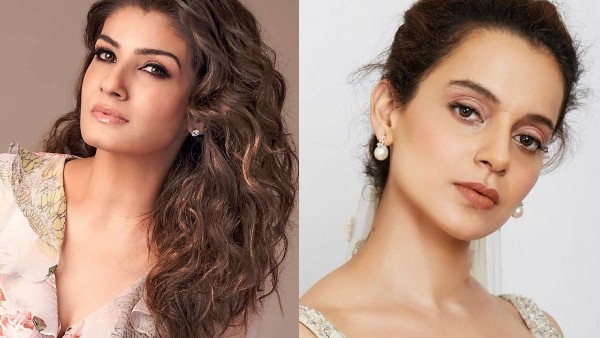