In recent times, particularly in the tumultuous political period, Saif Ali Khan has been questioned on not taking a stand and expressing his views. During the anti-CAA (Citizenship Amendment Act, 2019) protests, when many Bollywood celebrities spoke out against the controversial act, Saif said that he could not offer his opinions because he was not adequately informed on it.

The actor recently explained his position, and said that as someone who enjoys way too many privileges, he cannot offer a balanced point of view if he does enter a conversation.

Speaking to The Times of India, Saif said that he avoids speaking about particular issues because he feels that his desires are irrelevant to people. "Which is why (the privileges that he enjoys) I tend to keep quiet. Because I understand, that I am not only privileged, but my wants and desires are probably irrelevant to people with burning issues in a literally burning environment. So I get that, and I am quite happy with that. And I don't feel disenfranchised with that. I do feel that I am absolutely way too privileged to really enter into that conversation with any relevant point of view," he said.

He further continued, "I think, in a country like ours, taking either stand sometimes can have different results than what happens normally in an environment where people can voice views and discuss stuff and life goes on. It is a slightly more volatile environment, where the impact of what you say is louder, and some people enjoy that impact, I guess."

Saif is all set for the release of Tanhaji: The Unsung Warrior, which co-stars Kajol and Ajay Devgn. It is a period drama directed by Om Raut, on the life of Tanaji Malusare. It is scheduled for release on January 10, 2020. 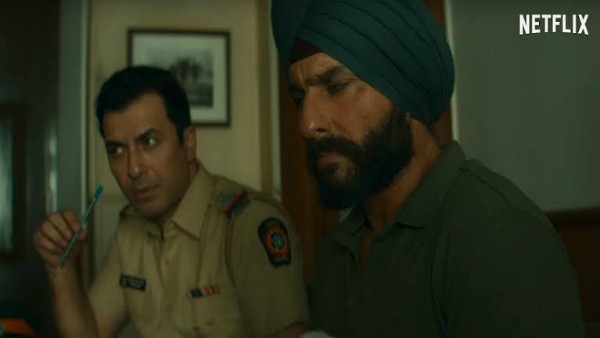 ALSO READ: Saif Ali Khan On Sara Starring In Love Aaj Kal Sequel: 'It's Great, But I Don't Know How To Feel'