Ever since Sara Ali Khan made her debut with Kedarnath, fans have been eager to see her share screen space with her father Saif Ali Khan. In a recent interview, Saif spilled the beans on working with Sara some day, what kind of roles he wouldn't do with her, and revealed that they have already been offered five films together.

Speaking to Times Of India, Saif said that when he and Sara do share screen space some day, they should both be excited about it. "Depends on the role. In fact, we've been offered a few many things because my line of work is quite an opportunist also. Yes. People have asked us and we've been offered about five films together, which have not been done for one reason or another. The film needs to be appealing to both of us. Yeah. So when we do it, it should be something that both of us are excited about," he said.

Previously, Saif had revealed that Sara had been offered the role of his daughter in Jawaani Jaaneman, a movie which hit theatres today. At the time, Kedarnath had been stalled because of some issues. Sara, who was looking to make her debut, considered doing it with Jawaani Jaaneman, but when Kedarnath was back on track, Saif persuaded her to not do Jawaani Jaaneman.

Explaining his reason for this, Saif told TOI that since his whole family, including his mother, sister, brother-in-law, sister-in-law, wife and daughter are in movies, he would prefer not to do do any real-life roles with them. The only time he would want to cast Sara or give her something is if she needed his help, but he thinks her trajectory and her path should be different. She should be working with the people she's working with right now.

Jawaani Jaaneman stars Tabu and debutant Alaya F opposite Saif. The film has been directed by Nitin Kakkar. 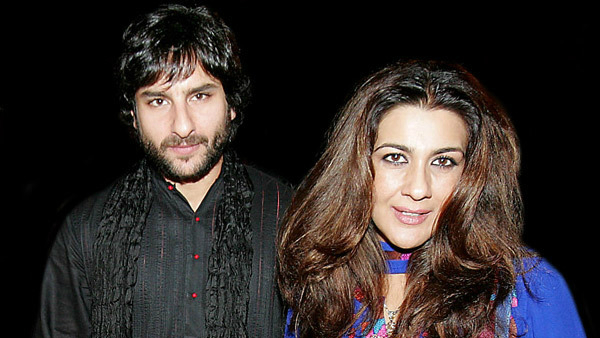 ALSO READ: Saif Ali Khan Recalls How He Broke The News Of His Divorce To His Kids Sara And Ibrahim