Daisy Shah got an opportunity in her first film that many to-be actresses dream of. She made her debut in a film which co-starred Salman Khan. For this reason and more, Daisy says that Salman has a very special place in her life. She reveals that she shares a great off-screen equation with Salman, and that he is her go-to man with whom she can discuss anything.

"I can discuss almost everything with him. Not just work but also my family stuff and personal issues. I've always been open about it. He's my go-to man. I can go up to him whenever I'm stressed or stuck somewhere. I just have to call him and tell him to advise me and tell me what to do," she was quoted as saying by Hindustan Times.

Daisy made her big screen debut as a background dancer in the song 'Lagan Lagi' in Tere Naam. Her first full-fledged role screen appearance was in Jai Ho, which co-starred Salman, Tabu, Aditya Pancholi and Danny Denzongpa.

Daisy continued, "He is my first co-star ever in Bollywood and I'm very comfortable working with him. We share a great chemistry on a personal level as well. It doesn't matter if we don't share screen space because I know that I share some kind of a space and equation with him in real life. That is more than enough for me."

She was last seen in the 2018 film Race 3, starring alongside Salman, Jacqueline Fernandez, Anil Kapoor, Bobby Deol, Saqib Saleem and Freddy Daruwala. Although she wishes the pace of her film career picked up a bit, she is not complaining about how things have turned out. Daisy is all set to go on a concert tour with Salman. 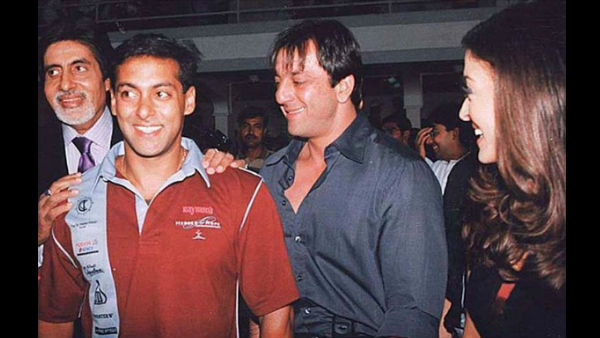 ALSO READ: Aishwarya Rai Bachchan: Working With Salman Khan Is Out Of Question, Quote Me On That [Flashback]