While the nepotism debate points out how star kids have an unfair advantage in getting chances in films that others do not have, it doesn't consider the enormous pressures that celebrity kids face on account of their parents' legacy.

Sara Ali Khan, being Saif Ali Khan and Amrita Singh's daughter, has faced questions on nepotism, but in a recent interview she opened up on the pressures of being who she is.

Speaking to Pinkvilla, Sara said that she believes anything in life is as much pressure as one takes. She admitted that she loves every day of her job, but she never looked at it as pressure. She also realized that if she feels pressurized by the fact she is Saif and Amrita's daughter, which is something that she is immensely proud of then she won't really be able to perform. So taking that pressure is not smart according to her.

She added, "Yes, I do have the advantages but what am I doing with that if I sit here getting pressurized. I didn't choose to be Saif and Amrita's daughter, even though I'm really proud I'm. Everyone has their own journey and the audience is extremely smart. At the end, if you have it, you will make it. If you don't, you won't. Every day has different starting points but it's all about how you grow."

Sara made her debut with Kedarnath in 2018, and later starred in Simmba, opposite Ranveer Singh. The young actor is gearing up for her next release, Love Aaj Kal directed by Imtiaz Ali. She will be seen sharing screen space with Kartik Aaryan in the film, which is scheduled to hit theatres on Valentine's Day this year. 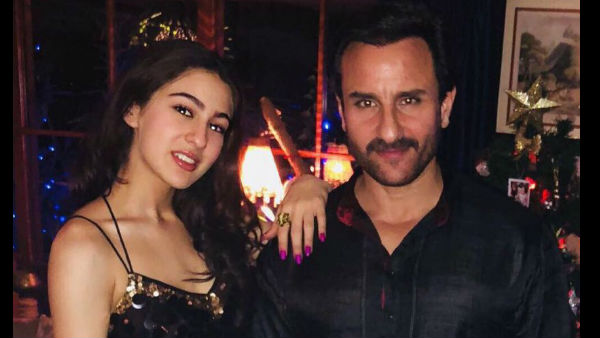